Sony Interactive Entertainment has parted ways with its head of third-party developer relations just about a year after he joined.

Florian Hunziker took the important job at Sony in January 2017. Sony didn’t announce the change yet, but a source familiar with the matter told GamesBeat that Hunziker had left the job. And in a message to GamesBeat, Hunziker also confirmed that he left Sony.

The change happens amid other management movement at Sony, including the departure of Sony game chief Andrew House, who announced he would leave Sony in October. Among the three major console manufacturers, Sony has had arguably the strongest support from third-party indie developers and major blockbuster publishers in this generation of consoles. The PlayStation 4 has outsold the Xbox One by a 2-to-1 margin. 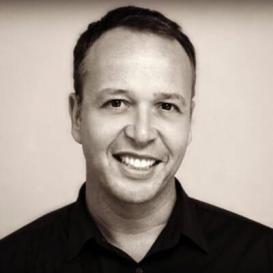 Above: Florian Hunziker has left Sony.

When Hunziker joined a year ago as vice president of publisher and developer relations, he replaced the charismatic Adam Boyes, who had helped recruit a number of third-party developers to the PlayStation 4. Hunziker’s departure now adds some uncertainty into Sony’s relations with its top game partners. It’s not clear why there is so much executive turnover at Sony, and when I asked, the company didn’t comment.

Microsoft also appointed a new game executive, Matt Booty, as head of games under Phil Spencer. This was a significant move for the Xbox company, which just had one major holiday first-party release for the 2017 holiday season.