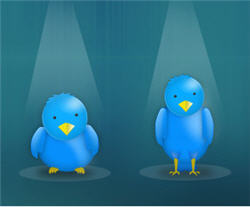 Slide’s competitive strategy manager Doug Sherrets explained on VentureBeat this morning why a system — generally known as “open data” — that allows companies to share information about each other’s customers would empower them to deliver more serendipitous automatic content to these customers. The concept is called “discovery,” and dates back on the mainstream Internet to Amazon’s product referral service, which launched in the 90s.

But it worries me to see Twitter CEO Biz Stone quoted and linked in the middle of Sherrets’ story, talking up plans to rank Twitter results by authority — by assigning different levels of importance to different users. That would, Stone says, float the “important” tweets to the top.

Biz, that sounds like a great optional feature. But if you replace the current all-tweets-are-equal system with yet another Internet pecking order, you’ll ruin a big part of Twitter’s appeal to the masses, and to me.

There are two reasons the current flatworld-o’-tweets draws us in and keeps us coming back:

1. Too much of the Internet is published by the same few people — We used to call them The 250 on Valleywag. Whenever anyone sets up a new online social scene of any sort, it’s only two weeks until super-sharer Robert Scoble has overrun the thing without trying, and the Huffington Post has gamed the system to serve me back my own articles with the HuffPo’s ads slapped on them. Right now, Twitter gives everyone equal exposure. They can boost their number of followers, but that doesn’t push their tweets higher up on my screen (It does raise the number of retweets of their updates, but not as much as I’d feared.) I guarantee that if Twitter implements a ranking system, the same old crowd will shove everyone else aside. If I want to read the same people over and over, I already have Techmeme.

2. Twitter’s unranked content draws eager participants — People who aren’t already famous or important love Twitter for the same reason they used to love blogging in 2002: They have as much chance of getting seen, read and loved as Malcolm Gladwell. When CNN or Fox News show Twitter search results on TV, @brandondude is as likely to get flashed to the masses as the guys at the New York Times. This is the reason so many people have flocked to flaky little Twitter. It lets everyone feel important, recognized and connected.