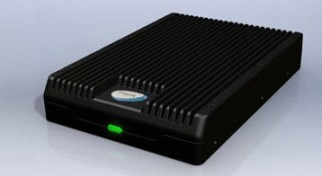 Pliant Technology has raised $15 million in a third round of funding to continue making enterprise flash drives.

These drives, which use flash memory chips, can store data permanently. Essentially, they serve as fast and energy efficient external storage devices for data centers. The flash drives have fast input-output performance and are more energy efficient than standard hard disk drives, the company claims.

Based in Milpitas, Calif., Pliant plans to use the money to increase volume production of its first enterprise flash drives, which debuted in late 2008. The devices are sold by top computer and storage server vendors.

Amyl Ahola, chief executive of Pliant Technology, said the company is hitting all of its key product milestones as it begins volume production. The company was founded in 2006 by a team of storage executives and engineers from Fujitsu, IBM, Maxtor, Seagate, Quantum and Conner.

Competitors include other makers of hard drives like Seagate, Hitachi, Fujitsu and Western Digital, as well as flash-based storage companies such as ETEC. Pliant has 20 employees. The company has raised $27 million to date.