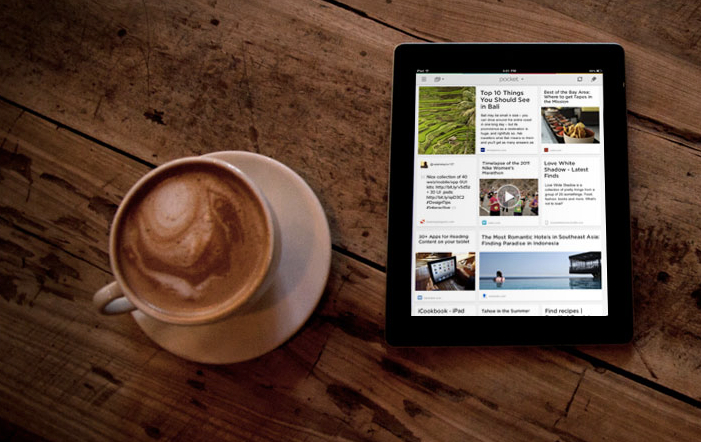 The future of publishing is doomed. Or perhaps, we’re simply in the middle of a publishing transition we don’t fully understand yet.

Pocket, makers of a service that lets you save online articles for reading later, believes its latest offering could be a glimmer of hope for publishers — and potentially help change the way we consume media in general.

The company is launching Pocket for Publishers today, a new platform that unlocks a wealth of information for publishers around how readers are interacting with their content on Pocket. It also includes new features that make Pocket more useful for publishers — including embeddable buttons to encourage readers to save stories on Pocket and the ability to add custom footer messages beneath Pocket-saved stories.

“Publishers have a lot of different interests, a lot of different priorities, but the No. 1 question comes around clarity,” said Pocket founder and chief executive Nate Weiner in an interview with VentureBeat. “[Many publishers we’ve talked to] are users of Pocket and they’re saving content for later themselves, but they’re wondering how they can put save-it-later features to work for their sites and businesses.”

Specifically, Pocket for Publishers aims to highlight the service’s ability to significantly increase the longevity of online content. Pocket revealed a few weeks ago that it helped one large feature from BuzzFeed live on for 35 days within its service, while it only had a 10-day lifespan on Buzzfeed’s site.

“Many publishers get that this is not something competing with their homepage, this is supplementing it with additional pageviews and life,” Weiner said. “We want them to realize it [Pocket for Publishers] exists so they can start taking advantage of it.”

Pocket for Publishers lets content makers see exactly how many Pocket users are saving their stories and how many of those users are actually revisiting stories within the service. Pocket’s analytics also shows the performance of individual authors, both in terms of their overall number of shared stories and their “Impact Rank,” a figure based on Pocket’s metrics that shows their actual reach to readers.

Publishers previously didn’t have access to any of this data. It’s also not something that Instapaper, Pocket’s main competitor, offers yet. Pocket for Publishers is launching with more than a dozen major publishers onboard, including Time.com, BuzzFeed, BusinessWeek, and Wired.

Perhaps even more useful than Pocket’s analytics is the new footer text capability, which lets publishers include text and links beneath any article their readers save on Pocket. Publishers can promote features, events, their apps — just about anything — and they can have up to five footer messages, allowing them to perform some basic A/B testing.

The new “Save to Pocket” button functions like most social sharing buttons on the web. It displays a counter showing how many times a specific article has been saved on Pocket, and it’s also a simple way for readers to save articles. Pocket already allows publishers to integrate its functionality into their mobile apps, but the company will be promoting its mobile SDK even more now.

The San Francisco-based company has raised around $7.5 million in funding so far from Foundation Capital, Baseline Capital, Google Ventures, and others.

Weiner made it clear that this new publisher platform is completely separate from Pocket’s eventual monetization plans. The company now has more than 8.5 million users, up from 7.5 million at the end of 2012.

“If you can image a world where content can live beyond the first few days  … that has huge ramifications for the future of publishing,” Weiner said. “I don’t know if this is the silver bullet for publishers, but this is one of the legs they can stand on, and we want them to see that.”