OQO, a maker of pocket-sized personal computers with capabilities similar to laptops, is looking to be bought after running short on cash. Already in talks with a few potential matches — none of which it would disclose — the San Francisco company says its acquisition should remedy its financial woes and sharpen its competitiveness. 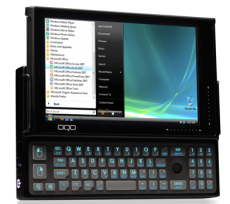 Facing a tight capital market, OQO has postponed the release of its OQO model 2+, a pocket PC that uses Intel’s Atom microprocessor. On its web site, the company prices the 2+ units from $999 to $1,499, and says they will probably ship by May. But now its executives are saying that timing is probably too ambitious. Considering the company just presented the product in January without batting an eyelash, it seems like the cash shortage snuck up on it rather abruptly. It had been doing pretty well in that area, raising $50 million in capital from Paladin Capital Group, Azure Capial Partners, AsiaTech Management and Motorola Ventures.

But limited venture funding isn’t the company’s only problem. The market for pocket PCs in general has slowed as consumers scale back their discretionary spending. And OQO is at a particular disadvantage because, at $1,900 a pop, its model is much pricier than its competitors’. This shift has forced the company to make cutbacks, including hours for its employees, although it has yet to turn to major layoffs.