In just 63 days, Pokémon Go has reached more than $500 million in revenue, making it the fastest mobile game in history to reach that milestone in consumer spending, according to market researcher App Annie. And App Annie projects the game will reach $1 billion in revenue by the end of 2016, just six months after its July 6 launch.

The news comes a day after John Hanke, CEO of Pokémon Go creator Niantic Labs, announced onstage at Apple’s event that the game had been downloaded more than 500 million times. And on September 16, both Nintendo and The Pokémon Company hope to keep it going with Nintendo’s launch of the Pokémon Go Plus device, which allows you to capture Pokémon creatures without pulling out your smartphone. Adding to that, Pokémon Go is launching on the Apple Watch by the end of the year.

App Annie also said that Niantic has potential new sources of revenue through partnerships. In addition to McDonald’s Japan, SoftBank announced a partnership with Niantic at the start of September, in which the company’s 3,700 stores will be categorized as either PokéStops or gyms for Pokemon Trainers.

She noted 1,762 games are already available (up 25 percent from a year ago) on wearable platforms.

Several industry people I’ve talked with believe that the game downloads are slowing and it will face an inevitable decline. But it’s grown to such a high water mark that it will take a while before it runs out of gas.

Meanwhile, SuperData Research has different estimates of revenue for Pokémon Go at $395 million.

“For Pokémon Go, half a billion downloads is impressive and presents a high water mark for the mobile games industry,” said Joost van Dreunen, CEO of SuperData, in an email. “It is no surprise then that Niantic was struggling with server issues initially, and reminds of the release of Grand Theft Auto 5. Mobile gaming has reached a scale and level of coverage where blockbuster economics are starting to emerge and more closely resemble that of traditional publishing.”

He added, “The game’s inevitable decline is in part to be expected as the summer winds down and novelty has worn off, and in part the result of an incomplete rollout strategy. In fairness, Niantic never anticipated this level of success or they would have gone about it differently, had brokered more sponsorships with retailers, had locked down the manufacturing and release of Pokémon Go Plus, and so on. But the strength of the brand will continue to carry its success, especially after getting the call from Apple, apparently, and being featured on the new edition of their watch.”

Sunny Dhillon, a partner at Signia Venture Partners, said in an email, “It was a good day for Nintendo today — with its announcement of Mario on iOS and its affiliated IP, Pokemon Go, announcing some big numbers. The game hasn’t jumped the shark yet. Player versus player, Pokémon trading, and Apple watch integration will see the game’s success continue, not to mention content updates with additional Pokémon and improved physical world location crossover and promotion.” 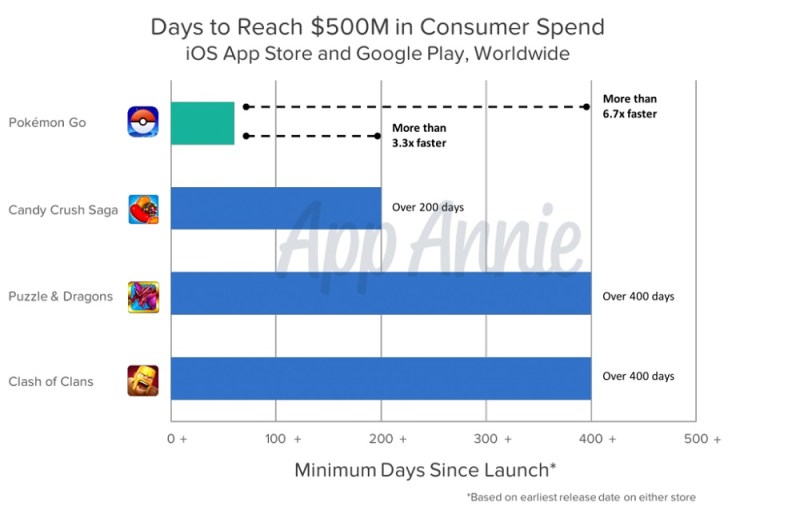