Pokémon Go is getting new creatures and a marketing deal that will turn more than 10,00 Sprint retailers into PokéStops and Gyms, but developer Niantic is also rolling out a smaller update that introduces at least one highly requested feature.

You can now select multiple Pokémon at once to transfer to Professor Willow in the location-based mobile game that has players catching digital pocket monsters in the real world. In a blog post, Niantic has detailed some of the changes coming in the update that is hitting iOS and Android today. Prior to this patch, players could exchange their catches for an in-game item called candy, but you had to do that process one creature at a time. Now, you can long press to start trading them in bulk. 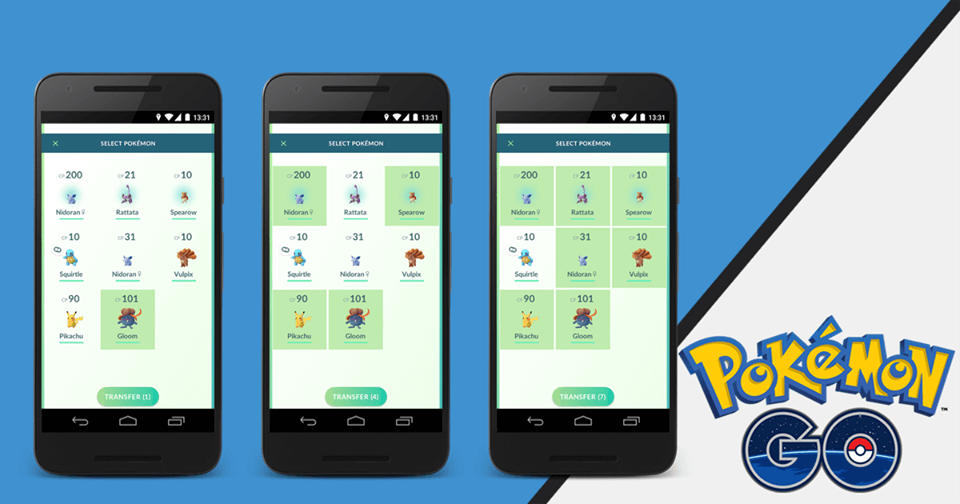 Above: Selecting Pokémon in bulk? Truly, this is the future.

This is a separate update from Niantic’s plans to introduce new Pokémon into the game. The company will provide details on those changes on December 12. But today’s smaller update should play a role in getting one of the highest-grossing games in the $36.6 billion mobile gaming industry ready for an income of new and returning players.

Here are all of the changes coming to Pokémon Go today, according to Niantic:

You might feel the urge to point out that people shouldn’t get excited about an update that lets you do something as basic as bulk-selecting monsters, but hey — that’s Pokémon Go. That is also probably why Apple didn’t choose it as one of its top iPhone games of the year. But as long the game continues to make bank, I’m sure Niantic doesn’t feel too bad about missing out on a trophy.