Niantic is adding 50 new creatures to Pokémon Go as well as dynamic weather in a major update for the mobile game. The dozens of new Pokémon come from the Hoenn region, and they will start rolling out this week for players to catch and collect in Pokémon Go, which has been enormously popular since its release in June 2016. The mobile game with augmented reality features has now earned a total of $1.2 billion in revenues and 752 million downloads, according to Apptopia, an app intelligence startup based in Boston.

That success has enabled Niantic to continue investing in expansions to keep the game fresh, and now today’s update will bring Pokémon Sapphire and Ruby creatures (which debuted in 2002) such as Treecko, Torchic, and Mudkip into the action. More will arrive in batches the coming weeks, said Niantic global product marketing lead Archit Bhargava in an interview with GamesBeat.

“They will appear in a staged rollout over time,” Bhargava said. “This is good because so many players are close to completing their Pokedexes.” 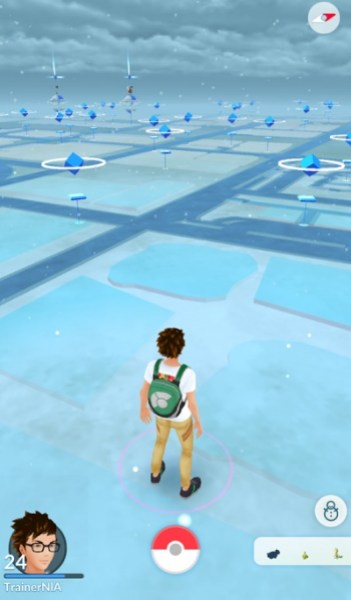 For the first time in an AR mobile game, real-world weather will now be a factor in the gameplay experience. As players explore for Pokémon, the current weather in their vicinity will be visible on the in-game map. This weather in the real world will impact the gameplay in a variety of ways that include changing Pokémon habitats and where you can find them, increasing combat power and earning more Stardust after catching a Pokémon.

Players might find Mudkip splashing when it rains, Cacnea basking in the sun, and Snorunt huddling together in the snow. Certain Pokémon will be more likely to appear in the weather that suits them the most, so Pokémon Go Trainers can learn more about their local weather patterns and ecology to find these rare Pokémon and make progress on their Pokédexes. As the seasons change, they’ll encounter different Pokémon.

Once all of the creatures from Hoenn are released, Go will have nearly 300 Pokémon. Earlier this year, Niantic released the generation 2 Pokémon, expanded to more regions around the world, and it released the social collaboration feature Raid Battles. It also added more Legendary creatures in the summer.

The company tried an event in the real world in Chicago, but it encountered a lot of problems. 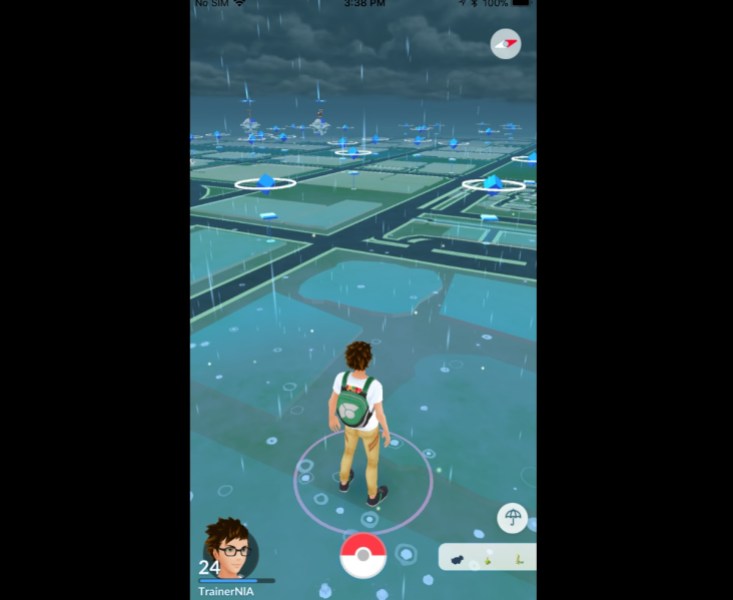 Above: Pokemon Go will reflect real-world weather like rain.

Niantic still has a lot of room for expansion, as there are more than 800 Pokémon in the lore. Matt Slemon, product manager at Niantic, said in an interview that the Ruby and Sapphire games featured local ecology and weather. As the new Generation 3 creatures start appearing, so will real world weather effects.

When it’s sunny out, you’ll see sun in the app screen. When it’s snowy, you’ll see ground texture reflecting that, and you’ll notice similar effects for rain and fog. If it is wet out, you’re more likely to encounter water Pokémon. And you’ll see animations that reflect the weather. Gyms and raid battles are affected by the weather. Pokémon that are caught in their natural environments will be stronger. Encountering a War Turtle raid in the rain is much harder to fight, but it will yield more Stardust rewards.

Niantic has been busy. Yesterday, it announced that it will reboot its first augmented reality game as Ingress Prime in 2018. Niantic also recently announced it has raised a $200 million venture capital funding round as it prepares a new Harry Potter AR game for 2018.

“We’re all hands on deck now, and we want to end the year strong,” Bhargava said.