Blockchain gaming has to walk before it runs. That’s why Polyient Games, a recent spinoff of incubator Polyient Labs, is starting to invest in early-stage infrastructure companies that will enable blockchain games. Blockchain uses peer-to-peer decentralized networking to build a transparent and secure ledger and is the technology behind cryptocurrencies such as Bitcoin, which has fueled a speculative craze (and a bust and a new craze) in the past few years.

While cryptocurrency has had ups and downs, Polyient Games director of innovation Craig Russo said in an interview with GamesBeat that blockchain makes sense in gaming because it can uniquely identify in-game items or avatars and who owns them. This means it can be used to enable commerce in collectible or unique items in games and transfer them from game to game.

“While big game companies are staying on the sidelines, everyone from investors to collectors to indie gamers are starting to look at blockchain gaming as an opportunity,” Russo said. “We are the first investment firm and startup ecosystem dedicated to non-fungible tokens.”

Non-fungible tokens are one of the underpinnings of the Metaverse, the universe of interconnected virtual worlds you find in novels like Snow Crash and Ready Player One. While it’s still the stuff of science fiction, a lot of blockchain entrepreneurs are trying to build the plumbing that would make the Metaverse possible. (We’re exploring doing a virtual Metaverse conference this fall.)

In the near-term, blockchain is enabling collectibles trading, as seen in games like CryptoKitties and marketplaces like DMarket. Startups such as Forte are trying to build some of the infrastructure for blockchain games. Phoenix, Colorado-based Polyient Labs, which was founded by Brad Robertson in 2018, has raised $5 million to fund blockchain-based startups. Polyient Games spun out to focus on game startups and is in the process of raising more funds via its own token to invest further in the needed infrastructure.

“We’re much more interested in investing in the companies that are helping build and establish the infrastructure necessary for the blockchain gaming,” Russo said. “This is the ‘walk before you run’ analogy, where it’s very cool to think about some of these Ready Player One concepts. But as it stands right now, the infrastructure — from both a blockchain as well as a gaming integration perspective — would not be able to support such a model. And so we’re really looking at startups that are kind of focused on helping reduce the complexities associated with the blockchain layer.”

A lot of people mistrust cryptocurrencies because of the speculative bubble surrounding them, and mainstream users haven’t adopted cryptocurrencies as an alternative to fiat currencies (like the U.S. dollar). But not every blockchain investment involves cryptocurrency, as the technology can work for things like non-fungible tokens (used for one-of-a-kind objects). This can allow people to trade items in games on a peer-to-peer basis.

Such peer-to-peer markets have at times been risky, but blockchain instills a level of trust that the item itself is legitimate, and players trading with each other don’t have to give a cut of the transaction to a third party, like the game company. DMarket has established blockchain-based markets for players in games such as Counter-Strike: Global Offensive.

“At first, tokens had no utility,” Russo said. “But by tagging in-game items to the blockchain as tradable items, it has created an established market where these items have immediate value. It’s cool to think how that can expand. If I’m a gamer and I put effort into leveling up my items, I can sell those items to someone who wants to pay to play and doesn’t want to use sweat to level up items.” 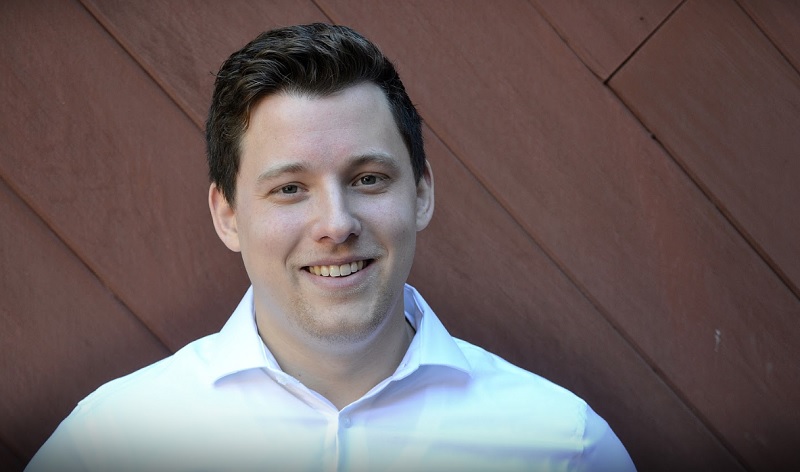 Above: Craig Russo is director of innovation at Polyient Games.

Blockchain establishes true ownership for the players who pay for items, meaning they own an item even if a company decides to shut down a particular game. When players trade with each other, they also have a chance to make money on rising prices and demand for an item, which enables the player to personally profit from investing in a game item. Players can also create their own items, as they do in game worlds such as Second Life, and sell them in a user-generated content economy.

In this process, players don’t have to become experts on blockchain, cryptocurrency, or the technology involved. Infrastructure companies can give the game companies technology to make it happen and can mask that from users, making it much easier to adopt blockchain-based tech, Russo said. 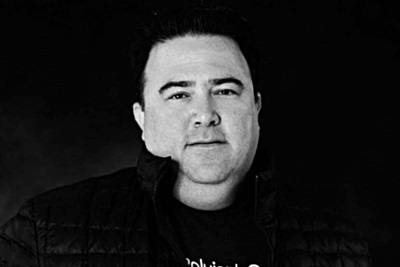 Above: Brad Robertson is CEO of Polyient Labs.

CryptoKitties was the rage in 2018, enabling players to breed and trade collectible cats that weren’t actually part of a real game. It was simply a trading frenzy that did so much volume it slowed transactions on the Ethereum cryptocurrency network.

Even so, Russo said he still runs into mainstream gaming outlets that believe blockchain is a scam. But he is quick to drive home the differences between cryptocurrencies and NFTs.

“I think at the end of the day we’re going to be at the mercy of kind of the Bitcoin hype train,” Russo said. “But as this technology develops, and we’re able to kind of mask that blockchain layer to a point where it’s no longer associated with traditional cryptocurrencies, then people can understand it in the context of items being bought and sold. That’s really how I think mainstream audiences and mainstream publishers will get involved.”

So far, Polyient Labs has invested in companies like NonFungible.com, an analytics company for the NFT market. Another is Cargo, an NFT infrastructure company creating scalable solutions for those looking to create NFT assets without incurring huge transaction fees. It has also invested in Blockade Games, which is making infrastructure for game companies.