Blurry images of what could be Apple’s next version of the iPhone have been posted online that reveal subtle design changes to the device like a wider screen, curved back and thinner body.

If the pictures do prove to be genuine, it would be the world’s first glimpse of the iPhone 5.

The design shown in the leaked photo is consistent with earlier rumors about what to expect from the next iPhone, with the exception of the size of the home button. As previously stated, it does have a wider screen, possibly a curved back and a slimmer body, but those details aren’t nearly as pronounced as seen in the iPhone 5 mock-up that recently made it way around the net. The image also features the new proximity sensor shown in the soon-to-be-released white iPhone 4.

But, some remain skeptical that the alleged iPhone images are real, including M.I.C. Gadget, which posted them. The quality of the photos are admittedly not very good, and it wouldn’t take much effort for a graphic designer to manipulate.

But if it isn’t a photo-manipulation, then what is shown in the image is likely a prototype device and not an iPhone off of a production line. We reported earlier in the month that Apple has yet to send touchscreen panel makers a production roadmap, which suggests that iPhone 5 production won’t start until at least September. 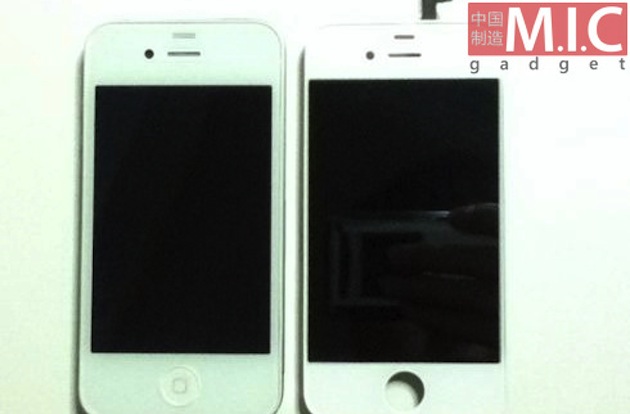