Postmates will be getting a new executive tasked with boosting the on-demand delivery service’s design savvy, as the company has hired serial entrepreneur Matt Galligan to be its new vice president of product design. Previously, he was the cofounder and chief executive of news startup Circa (prior to its purchase by Sinclair Broadcasting) and also of location-based offering SimpleGeo.

Galligan announced the move on Facebook and said his first day will be in January. 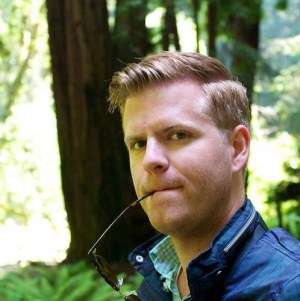 The role at Postmates seems to be a good fit for him, especially since he has demonstrated a keen interest in product. In July, he revealed plans to launch a new consultancy around product design and strategy. “Product is my absolute passion, ideas are my oxygen, and seeing something through the whole process gives me an immense amount of energy. It would be great if I could fill most of my week with continuing that passion, especially if it’s not with my own ideas,” Galligan wrote.

Whether that consultancy took off or not remains unclear, but Postmates fits well with Galligan’s focus around mobile apps, consumer plays, “market disruption,” messaging and conversational user interface, and enterprise tools.

Galligan’s focus on location, as well as design, could be an advantage to the company, improving response and logistics to make service, and the overall app, better.

His last company, news organization Circa, shut down in June after serving readers for three years — largely because it wasn’t able to raise an additional round after its initial $6 million in funding. His cofounder was entrepreneur Ben Huh, who stepped away from Cheezburger, the site he’s most famous for. Huh has since joined Y Combinator after spending a year away for an “unscripted adventure.”

Postmates last raised funding in October, bringing in $141 million at a valuation of $600 million. That investment round was reportedly described by company CEO Bastian Lehmann as being “super, super difficult.” But while Lehmann sought to paint a rosy picture for investors, it’s believed that Postmates won’t turn a profit until 2018, according to a leaked presentation obtained by Quartz.

In that same presentation, the company is said to have lost $47 million in 2015 before interest and taxes on revenue of $52 million. This year, those loses will increase to $60 million with $200 million in revenue. And in 2017, loses will be “much smaller,” according to Quartz, with $90 million in earnings projected in 2018.

We’ve reached out to Postmates for additional comment and will update if we hear back.

Updated as of 9:10 a.m. Pacific on Monday: Matt Galligan has shared more details about his new role on Medium.