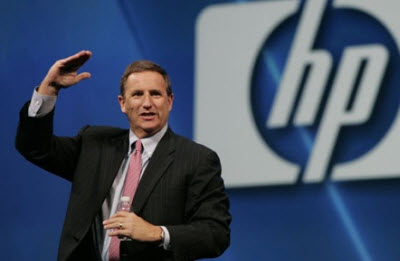 The inner workings of Hewlett-Packard’s board of directors never seem to stay private. The latest twist in the resignation of HP chief executive Mark Hurd has been reported by the New York Times. It turns out the HP board relied heavily — and perhaps wrongly so — on the advice of a public relations specialist at APCO about how the company could best do damage control if the allegations of sexual harassment by a marketing contractor against Hurd came out in the open.

The upshot from the latest story is that there are people out there who believe that HP’s board jumped the gun and shot itself in the foot when it forced Hurd to resign over what might seem to be either the smallest of corporate transgressions or a pretext for getting rid of him. After five years at HP, Hurd had become a business hero for turning around the company and making it into a $115 billion juggernaut.

The unnamed PR person from the APCO public relations firm told the company it would best be served by full disclosure, even though the investigation had produced no evidence of sexual harassment. The PR person wrote a mock sensational newspaper article, the New York Times says, to demonstrate what would happen if the news leaked out. The company, the PR person said, would be humiliated for months and the CEO would be unable to govern. HP’s board took the advice. Hurd was fired for falsifying expenses that included payments to the marketing consultant, who identified herself on Sunday as Jodie Fisher, a former actress in steamy movies as well as an accomplished businesswoman. She said she wasn’t trying to get Hurd fired. To me, that means that, whatever Hurd did, it wasn’t so serious that she was out for his blood. Other publications have called her a “gold digger” who just preyed upon a naive Hurd. Worth noting is that Fisher, who had the financial pressure of being a single parent, only raised the allegation of sexual harassment after HP stopped doing the CEO Summits that she was organizing. I wouldn’t go so far as to call her a gold digger, but it seems that HP’s board decided to behead Hurd, even though his accuser was calling for a lesser punishment.

Larry Ellison, chief executive of Oracle (and a close friend of Hurd’s), who’s had plenty of his own personal scandals, told the New York Times that the HP board overreacted. Meanwhile, sticklers for corporate governance — such as Yale professor Jeffrey Sonnenfeld — said the HP directors did the right thing, tolerating no aberration from the company’s standards for conduct. The HP board probably didn’t anticipate that Fisher would come forward. So now it has the media scrutiny that it was hoping to escape. APCO declined comment to HP, and Cathie Lesjak, chief financial officer and interim CEO, told the press on Sunday that the company had now said everything it would say about the Hurd situation.

We still don’t know all the facts about the case. We hear that Hurd’s falsified expenses amounted to $1,000 to $20,000. There was no substantiation of sexual harassment charges. There was, in fact, no actual lawsuit filed. Did HP jump the gun in forcing Hurd to resign? Please take our poll. [photo credit: LogicHP.]