Analyzing big data doesn’t have to be an expensive and drawn out affair. A company called Precog has launched a simple, drop-in app developers can use to collect and analyze vast amounts of data for product features like recommendations, reporting, predictions, and real-time decision-making.

Precog launched at the Strata Conference in February, and developers across a variety of verticals are already using the beta version. Eli Portnoy, CEO of ThinkNear, which offers hyper-local mobile display ads within 100m of any location, is using Precog’s beta to capture thousands of interactions per second, and then surface targeted insights to advertisers.

Kirill Sheynkman, senior director of RTP Ventures, which led a $2 million funding round announced today, said there has been an investor frenzy around big data, but Precog is uniquely positioned to capitalize on the exploding market.

Importantly, Precog can analyze the growing amount of unstructured and semi-structured data like texts, tweets, and emails that offer a potential gold mine for application vendors.

“For an investor who spent 20 years building data-centric infrastructure businesses, seeing something shiny in big data’s murky waters was an epiphany,” said Sheynkman, who will join the board of directors alongside SendGrid CEO, Jim Franklin.

He said the company aspires to be the Twilio of the space, referencing a company known for its dead-simple APIs. “We provide application vendors with the ability to solve any problem in data analysis without having to write piles of code,” he said.

De Goes has come a long way since being selected for the Boulder class of TechStars in 2011. Shortly after graduating from the startup accelerator, De Goes closed a seed round for ReportGrid, which provides SaaS vendors with nifty data visualization tools. 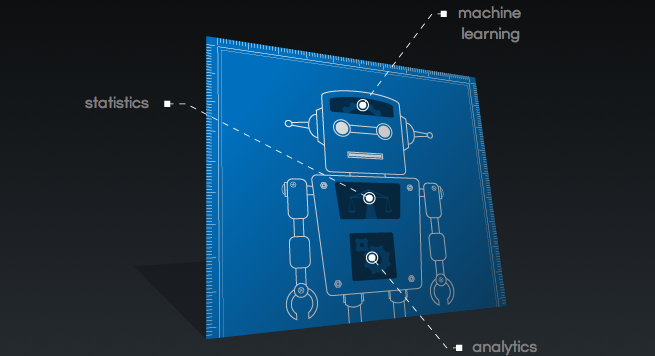