They say that the holidays make us feel charitable, and I hope that is the case. I believe that President Obama should pardon Edward Snowden, the man who blew the whistle on the National Security Agency’s global surveillance programs and revealed that the government was spying on all of us.

Once Donald Trump comes into office, no such pardon will be possible. In fact, Trump has suggested Snowden should be executed. Snowden can be viewed by patriotic Americans as a fellow patriot, a whistleblower, a dissident, or as a traitor. I see this as an easy one. He did us all a service, and, by and large, we are better off for it. We now know that we have to be more vigilant about protecting our data, our privacy, and our freedoms. He exposed illegal activities and started a public debate that led to a crackdown on the NSA’s sweeping powers and led to efforts to curb spying on U.S. citizens.

Snowden did this at great personal risk and with no obvious gain. If he complained about the spying through “appropriate channels,” he would have gotten nowhere. Congressional oversight committees knew about the activities, but they did nothing until there was a leak and a public outcry. They were supposed to be watch dogs on our behalf, but it was Snowden who forced them into action.

The U.S. Department of Justice charged Snowden with violating the Espionage Act of 1917 and with theft of government property. He flew to Moscow in June 2013. The U.S. government revoked his passport, and Russia granted him temporary asylum. That is a black eye for the U.S., as asylum has often worked the other way around, with people seeking freedom in America.

You could say that VentureBeat should butt out of politics. But this is about humanity and technology, and we are part of that. I may be a game writer and a tech writer — not a political reporter. But I’m an American, and I know when it’s time to speak up because it’s the right thing to do. Time is running out for Snowden, as Obama will be leaving office in just a few weeks.

I’ve listened to Snowden offer stark and cogent warnings about the risks we face, and he speaks like a patriot. I would love to see him return and run for public office or be assigned to protecting our freedoms. He has demonstrated he has the expertise and commitment to help protect all our rights. I would rather have him back home, doing something on a behalf of American freedom, than leave him in Russia, where his asylum puts Vladimir Putin in the odd position of having a moral upper hand over the U.S. Our political system is strong enough to withstand any harm that could come from allowing someone like Snowden to walk free. Our democracy is big enough to tolerate the challenges that someone like Snowden can create.

The arguments against a pardon don’t hold up. Was there another way for him to have had real impact? If we had all fought from the outside to discover what he knew on the inside, it would have been easy to deny us information in the name of national security. If we had tried to discover the truth through the proper channels, such as the Freedom of Information Act, we would have failed. I remember sitting in the audience at the DefCon conference in 2012, when then-NSA chief Keith Alexander misdirected listeners as he said that his agency doesn’t create dossiers on all Americans. There was a whistleblower present, William Binney, who wryly joked, “Yeah, he missed a few.” The point is that the agency was deliberately misleading the American public, and there wasn’t an easy way to uncover the truth.

Above: Edward Snowden talked to the NBC.

There are those who say that Snowden caused irreparable harm to our military and intelligence operatives. Security experts say, often anonymously, that Snowden’s disclosures allowed our enemies to learn our surveillance patterns and change their behavior as a result. They say that he may have cost some people their lives. But let’s ask a simple question there. Were we winning the war on terror before Snowden, and are we losing the war on terror now?

You could say that it is much harder for the government to track down information on terrorism suspects. But there are also new hurdles in place that stop the government from spying on all of us without cause.

Maybe Snowden should have sorted through all of the information he took and redacted the most damaging parts. But clearly, if he had submitted the documents to the government to do the redacting, they would have redacted everything. Then there’s the problem of how long it would have taken him to do the proper vetting of the data. But how much risk should one person carry? He took all the risk on himself, and I don’t blame him for wanting to get all of his information out to the public before he was silenced.

Some people say that he should come back and stand trial. But we once said the same thing about Americans who fled the draft during the Vietnam War, only to offer them clemency years later. Those people didn’t return to stand trial because they knew the political climate would have led to convictions and jail time. Should Snowden turn himself in and hope for the best in the courts? In Trump’s America, would he get a fair trial?

Daniel Ellsberg, who blew the whistle by releasing the damaging Pentagon Papers, surrendered himself and stood trial. But once again, I bring up the fact that the window of opportunity for a pardon is vanishing. Under Trump’s administration, I see no path to justice for Snowden. If he came back and surrendered, Trump could lock him up without a fair trial. Ellsberg considers Snowden to be a patriot.

And by praising Snowden’s sacrifice, I do not mean to ignore the sacrifices of those who have given their lives for our country, from soldiers to spies. But I ask us to reach back deep into the days of post-Vietnam, when we found it in our minds and hearts to reconcile the fact that people serve in different ways. Those who fought on the front lines exhibited bravery, but so did those who opposed what they viewed as an unjust war. Our country was divided in those times, but it survived, and people forgave. As Walt Whitman once said, America can contain multitudes. And we don’t always have to be in lock step with each other. 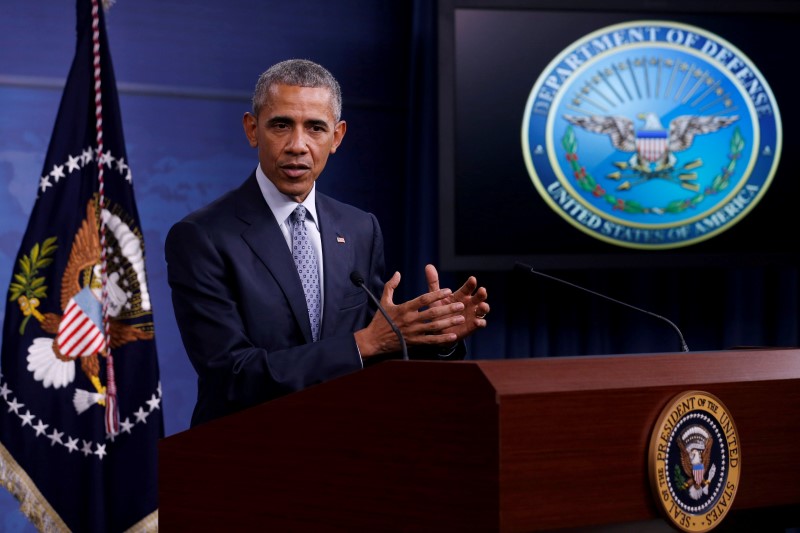 Perhaps I could further complicate the debate by arguing that Obama should also pardon Bradley Manning, now known as Chelsea Manning, for giving a trove of documents to WikiLeaks. Manning was a soldier, while Snowden was a civilian, and Manning’s case is even more complex, but I have no problem with extending mercy to yet another person who acted in a way that reminds us of what our country stands for.

After Snowden’s acts, a bipartisan group amended the Patriot Act to end the collection of domestic phone call metadata.

You could say that Obama’s pardon would simply implicate Obama himself in the cover-up of the NSA’s activities. Under his watch, U.S. authorities have pursued Snowden and tried to crack down on journalistic freedoms.

And after leaving office, former Attorney General Eric Holder conceded that Snowden “actually performed a public service by raising the debate that we engaged in and the changes that we made.”

Would Obama be admitting to his own crimes if he pardons Snowden? I don’t think Obama has to worry about anyone coming after him. This is simply about Snowden, and it’s time to do the right thing. Obama can open this case, shut it, offer the pardon, and make it so. I don’t mean to be divisive by bringing this up during the holidays. Time is running short. And I believe this is a part of our path to peace on Earth.