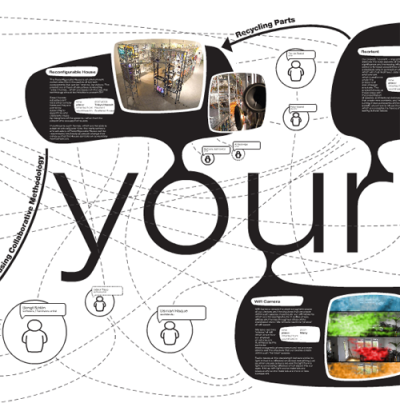 Zooming presentation tool Prezi just landed an investment of $14 million from Accel Partners and previous Danish investors Sunstone Capital. Prezi is one of those rare startups which actually has revenue. The company has been cash flow positive since 2010.

Prezi will use the new funding to accelerate growth (The company expects to double in size in the next year) and get Prezi on to more devices. Demand is increasing in Europe and Asia, in particular, so Prezi will also use some of the cash to adapt the product to local markets.

Prezi was originally the brainchild of architect and visual designer Adam Somlai-Fischer who used a zoomable user interface to explore the “big picture” overview of a floor plan and then zoom into the detail of individual rooms. He teamed up with Hungarian professor Peter Halacsy to create a zooming presentation tool for the rest of us. When Prezi launched, Sunstone Capital’s Christian Lindegard Jepsen commented that it was “addressing a huge and bored market”.

Prezi is non-linear. You throw all the elements of your presentation – pictures, keywords and videos – on to the same surface as if you were pinning them on to a corkboard.  Then you can group them, zoom in and out and create different paths through the various elements. After a lifetime of Microsoft Powerpoint, Prezi is like going from black and white to glorious color (Yes, I am an unabashed Prezi fan). It’s only after using it for the first time that you realize how restrictive traditional presentation tools like Powerpoint can be.

“Slides are an idea which is 250 years old, ” says CEO Peter Arvai. “People in Europe used to paint them on glass. People have been stuck in old metaphors.” Arvai argues that presenting hasn’t caught up with the possibilities offered by digital technology. People have to learn to use the unique features of any new metaphor or medium. When radio first came out, presenters read books out loud since there was no existing format for a radio program.

“One of the nicest things that users say about Prezi is ‘I use Prezi because the audience asks me more about what I have to say.’ They lean forward and discover a space,” Arvai continues. Prezi users have come up with all kinds of novel uses of the tool such as Korea’s Prezioke (Prezi Karaoke) and the Prezume (a resume created using the tool).

The company’s business model is also unusual. Prezi users pay for privacy. All Prezi presentations are by default public and only premium users can restrict access to them. Prezi currently has 7 million users, the majority of whom are in Europe and Asia, although the U.S. is still the top single country of origin.

The company is a notable European success story. “I am very proud of being one of the first Hungarian companies to work with a top-tier American VC like Accel,” says Arvai. “Silicon Valley, while still the capital of startups, is getting much more competition in terms of where great ideas come from.”

Prezi is based in San Francisco and Budapest, has 50 employees, was founded in 2009 and previously raised $1.5 million from Sunstone Capital and TED Conferences.