You’ve probably heard of Prisma, one of the hottest apps this year. Downloaded more than 50 million times since June and powered by artificial intelligence, it uses filters to transform any photo into a stunning work of art evocative of say, Pablo Picasso or a Renaissance master. It’s trending in the App Store: ranked fourth in the free photo and video category behind Snapchat, Instagram, and YouTube.

But you’ve probably heard less about the Prisma bot with similar features and the same name, launched less than a month ago on Telegram. It’s notable that one of today’s most popular mobile apps waited only about a month before launching a bot, and it begs the question: Are bots replacing apps?  Or, more specifically, are photo bots replacing photo apps?

VentureBeat examined five bots and apps that use neural networks in an artistic style to transform photos and videos. As was true of Looksery (acquired by Snapchat) and Masquerade (acquired by Facebook), many of these bots and apps are made by technologists in Russia or other Eastern European countries.

Know some others we should look at? Direct message reporter Khari Johnson on Twitter. 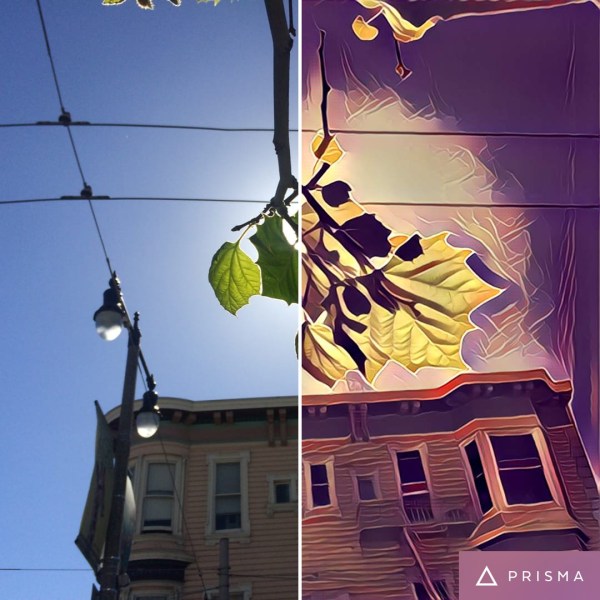 Prisma Labs did not create a bot to grow its audience on chat platforms, cofounder Aram Airapetyan told VentureBeat in an email, but rather to accommodate Prisma users.

“There are people that prefer using Telegram without downloading different apps. We just meet their wishes,” he said. “Maybe they don’t like lots of apps or haven’t got lots of memory.”

Prisma bot is available only on Telegram today. Airapetyan declined to state whether Prisma would become available on other platforms, but the ability to make Prisma videos will be added to its app in the coming weeks. Artisto (next on this list) beat them to the punch in late July with its app that makes 10-second videos. Russian tech giant Mail.ru Group owns a minority stake in Prisma Labs, which plans to monetize its filters with sponsors.

Anxious to get started early, filmmakers like Juliet Zulu have made videos with Prisma by processing each frame with the app.

The experience using the Prisma app and Prisma bot are not the same.

The app has a more advanced user interface and lets you quickly scroll through filters. It takes a while — sometimes a few seconds, sometimes more than a minute — to load a preview of an image processed by Prisma.

The bot gives no preview option to show you what the filter looks like on top of your photo, but it takes about the same amount of time to download an image on Telegram as it does to process an image with the app. Another upside: Prisma, and other A.I. photo editors I tested while reporting this story, puts a watermark in the right-hand corner of processed images but no watermark when you use the Prisma bot.

The bot also sends you a push notification when your photo is ready to download, so you don’t have to stare at your screen and wait during image processing.

One downside is that the intensity of a photo filter cannot be set with the Prisma bot, and you can’t do a before:after split, like you can with the app. And sometimes both the bot and the app fail to process photos.

Both the app and the bot crop photos automatically, so you lose part of photos that don’t have a 1:1 square ratio, but that’s true of all the bots and apps featured here.

Artisto is ahead of Prisma when it comes to bringing A.I.-manipulated video to smartphones. Unlike other products mentioned here, Artisto is only available as an app for iOS and Android.

Here’s a video I shot from the Fruitvale BART station platform in Oakland with the Blue Dream filter (inspired by the work of Picasso).

Artisto emerged at the end of July — six weeks after Prisma — and makes 10-second videos. Artisto has 21 filters to choose from. In the Fire and Blue Dream (used in the video above), are two of the most popular filters, Mail.ru said.

While Mail.ru Group intends to develop Artisto in-house, it will live as a separate brand, reports East-West Digital News. “We’ll also use this and related technologies to enhance our own products, for example, our social networks and instant messengers,” said Anna Artamonova, Mail.Ru Group VP and head of the company’s Email and Portal business unit, in an exchange with East-West Digital News. The group owns leading Russian-language social networks VKontakte and Odnoklassniki, as well as ICQ.

If you think the wait for the Prisma photo processing is long then you may not like this app. Processing times can vary wildly, and the app can fail to process videos. But it’s often worth the wait, and your patience will be rewarded. Artisto can produce some pretty incredible results. 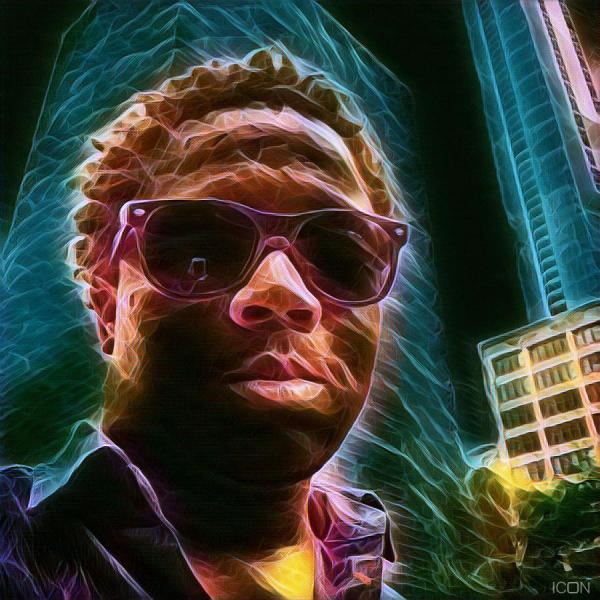 Above: A photo modified with the Deep filter from Icon8. Credit: Khari Johnson

Icon8 made its debut in the Telegram bot store July 20 and acquired 300,000 users in its first week.

The bot was able to achieve such quick growth, said cofounder Anatoly Marin in a VentureBeat guest post, by understanding that photo bots are “all about selfies” and by changing the bot’s capabilities every day. A:B testing of styles created by neural networks has also been important.

Icon8 promises quicker photo conversion than Prisma, and that appears to be true. It has more than 100 filters that rotate daily, but you can only see six filters per day. The Gloss and Magic filters are two of my favorites. The Ice filter was added Tuesday.

You can get Icon8 on Telegram and on Facebook Messenger. 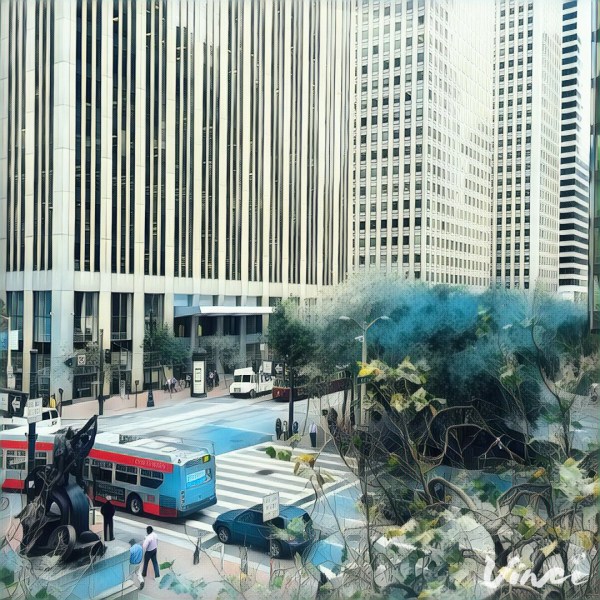 Above: Looking out the window toward Market Street from VentureBeat’s offices in San Francisco. This photo was modified with the Mystic filter on Vinci iOS app. Credit: Khari Johnson

Vinci bot has some pretty cool filters not yet available on bots like Prisma. Vinci has a user interface and design similar to the Prisma app, but there are some key differences. For example, the Modern filter on Vinci and the Candy filter on Prisma have the same icon but can produce very different results.

Vinci bot also seems to convert photos more quickly than Prisma. That difference is at least in part the result of different file dimensions: Icon8 exports 900×900, Prisma 1080×1080, and Vinci 800×600.

Vinci bot on Telegram shows you all filter options at once, getting rid of the issue with the Prisma bot that requires you to download a photo again if you want to see more than three filters at a time.

“The techniques presented here help us understand and visualize how neural networks are able to carry out difficult classification tasks, improve network architecture, and check what the network has learned during training,” a group of Google Research software engineers said in a blog post last June. “It also makes us wonder whether neural networks could become a tool for artists—a new way to remix visual concepts—or perhaps even shed a little light on the roots of the creative process in general.”

Some Deep Dream art is described as the dreams of neural networks, others as a little trippy. I almost always find them a little disturbing and not nearly as close to the human definition of beauty as the Prismas and Vincis of the world. That said, maybe this list wouldn’t exist without the sort of thinking it took to create Deep Dream.

Deep Dream is not a bot or an app, but rather open-source technology available on GitHub.

The video below is by Danil Krivoruchko and it makes New York City look like a dreamscape. He made it using this algorithm from Manuel Ruder, some powerful computers, and an iPhone, not Prisma or Artisto. It’s part of his Deep Slow Flow project on Instagram to explore the use of neural networks in film.

We live in a time of much speculation about the impact A.I. will have on people’s lives.

Machines won’t just take people’s jobs, they could also redefine art, and nothing is more human than art.

Where will all this change take place? Whether it’s Prisma or Artisto or other services that emerge, a look at the sharp edits and storytelling seen here, and it’s easy to imagine this style going beyond the smartphone and into films or other forms of entertainment. These techniques aren’t brand new, but their popularity is, and it’s going to be exciting to see what artists create with neural networks.