Microsoft has lately been releasing Windows 10 builds on a weekly cadence. Because of a bug last week, however, this week’s build brought more than the average number of improvements (and bugs). And yet, the highlight of this build was not what was added, but what was removed: Sets.

Sets, which isn’t necessarily the feature’s final name, lets you use tabs to run multiple apps in a single window. The idea is that you should be able to open new tabs in a given window for whatever you’re working on: relevant webpages, research documents, necessary files, and so on. Sets completely flips the idea of “windows” in Windows on its head, as one app’s window can be used to open other apps in tabs. Just like a web browser lets you open tabs for different websites, not just pages from the same site, Sets lets you open tabs for different apps, not just instances of the same app.

Sets was first shown off in November 2017 and quickly made its way to Windows Insiders the following month. The feature was, however, pulled from Windows 10 builds in January 2018 and didn’t make the cut for the Windows 10 April 2018 Update (RS4 branch). It returned to the RS5 branch in March 2018, which represents the Windows 10 update that will ship later this year, only to be removed this week. 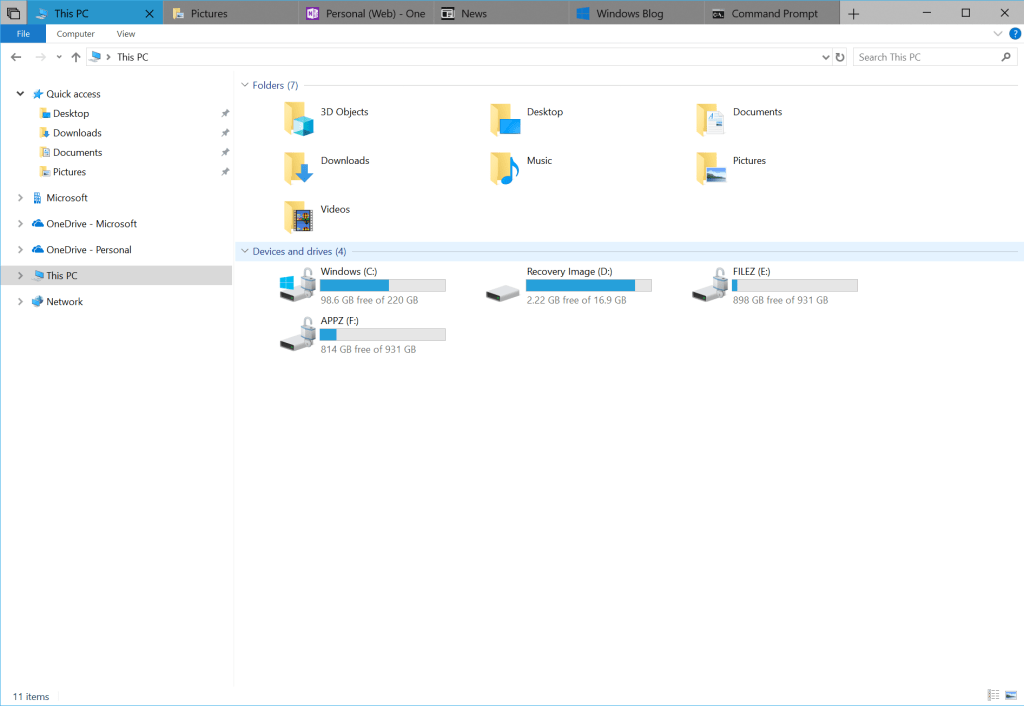 Here is what Microsoft said in this week’s build about the matter:

Thank you for your continued support of testing Sets. We continue to receive valuable feedback from you as we develop this feature helping to ensure we deliver the best possible experience once it’s ready for release. Starting with this build, we’re taking Sets offline to continue making it great. Based on your feedback, some of the things we’re focusing on include improvements to the visual design and continuing to better integrate Office and Microsoft Edge into Sets to enhance workflow. If you have been testing Sets, you will no longer see it as of today’s build, however, Sets will return in a future WIP flight. Thanks again for your feedback.

I asked Microsoft whether this means Sets won’t make it into the next Windows 10 update. A spokesperson was not willing to comment, but did point me to the first blog post announcing Sets, and highlighted the section that notes features likes Sets “will be broadly available when they are ready, not necessarily tied to the next major update.”

Microsoft had never said Sets would ship with RS4 (nor RS5 for that matter), but Windows Insiders were nonetheless hopeful. We can’t therefore call this a “delay” — there was never a date tied to the arrival of Sets.

I think the main reason I’m so excited about Sets is because it’s such a fundamental change. I will, however, be the first to admit that the feature is still far from ready.

Sets works across several applications, from basics like Notepad and the Command Prompt to more complex ones like File Explorer and the various Office apps. But those are first-party apps, and Microsoft needs to make sure the feature doesn’t break myriad third-party Windows software — nowadays that means supporting both Win32 and UWP versions. It also means smoothly handling games that can be played in windowed mode, media that plays in the background, and all the other wonderful things that Windows lets you do.

This is a feature that Microsoft has to get right. It isn’t something you can release, only to fix as you go. It’s a critical part of how the operating system functions. In fact, if Sets does make its way into Windows 10 one day, it will mean that you could keep your workflow within a single window. The very nature of windows in Windows would be transformed.

At that point, the operating system would be more aptly called Window, Sets, or even Tabs. Microsoft isn’t going to rename its flagship product, of course, but it does underscore how central this feature is.