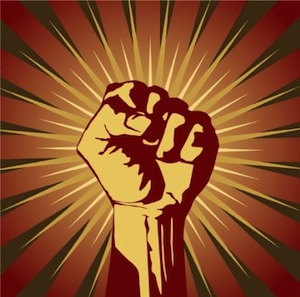 The funding press release describes the Redwood City, Calif. company as a “cloud-based enterprise performance management company,” which sounds a bit arcane, and the release doesn’t offer any more detail.

Luckily, Andreessen Horowitz partner Ben Horowitz blogged about the investment, and he shed a little more light on the company. Noting that founder and chief executive Christian Gheorghe grew up in communist Romania, Horowitz wrote:

Proferi is still in stealth mode, so the easiest way for me to describe them is through the lens of their inventor. Proferi is to enterprise software applications as the United States is to Communist Romania. Historically, like Communist Romania, enterprise software has been highly restrictive, inflexible, slow-to-change, slow in general and, quite frankly, oppressive. In addition, customers have been forced to conform their business processes to the underlying data models, limiting the software’s general usefulness. As he did with his own life, Christian has completely re-imagined the category from top to bottom.

With Proferi, the solution resides in the cloud, but this is only the beginning. Christian throws out the old data models, databases, and data restrictions. He then ejects the scale restrictions, broken user interaction paradigms, and performance bottlenecks. Rather than defining their business by their data model, customers define their business by the real people and processes that they use. And the resulting applications perform 1000X faster than their communist, excuse me, enterprise software counterparts.