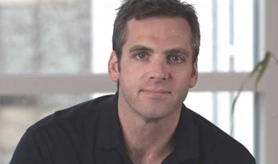 Van Natta, who held positions like Chief Revenue Officer and Chief Operating Officer at Facebook from its early days until last February, was also an early investor in Project Playlist. After leaving Facebook, he was reportedly in the running to be chief executive of MySpace Music. That may have conflicted with a separate, aborted move by Project Playlist to sell itself to MySpace.

While at Facebook, he represented the company in discussion with record labels. Sources told me last year that he was behind Facebook’s decision to axe Audio, a Facebook app that let users upload and share full music tracks on the site. Given that Facebook has been looking at offering an interactive music service since August, one has to wonder if Project Playlist is one of the many online music companies to have received a “Request for Proposal” from Facebook to furnish such a service. The RFP would outline a potential music deal with Facebook wherein a third party would provide streaming music to the Facebook.

Meanwhile, Project Playlist was sued earlier this year by the Recording Industry Association of America on behalf of nine record labels, and has apparently worked things out since then. So it might be in a good position to be Facebook’s music partner. Of course, as with any other interactive online music startup, the labels likely have Project Playlist under a one or two year contract, which the labels typically use to force music sites to pay up at some point; this may be one reason for raising the funding now, as TechCrunch speculates.

Project Playlist claims it has 38 million music fans. TechCrunch, which has been following the Van Natta-Project Playlist saga for weeks, also hears that the company may be looking at purchasing rival imeem. Imeem, which offers a streaming music site and playlist apps for social networks, claims 25 million users on its home site with 85 million more interacting with its applications. Such a deal sounds like a small fish trying to swallow a bigger fish, but then again, imeem is reportedly for sale.

[Van Natta photo via The Guardian.]