Founded in 2010, PubNub touts its “data stream network,” constituting APIs and dozens of SDKs, that helps third-party applications such as Peloton, Atlassian, Athenahealth, Gojek, JustEat, and Gett ensure their real-time services work as promised with minimal delay. The San Francisco-based company claims that it delivers twice as many messages each day as Twitter, Snapchat, and the global SMS network combined.

Though chat functionality is a core offering from PubNub, it actually goes beyond that to cover a multitude of real-time use cases including geotracking, IoT device control and monitoring, data visualizations, live audience participation, and more.

“Connected shared experiences are at the heart of the world’s most exciting transformations, changing every aspect of people’s lives,” said PubNub CEO Todd Greene. 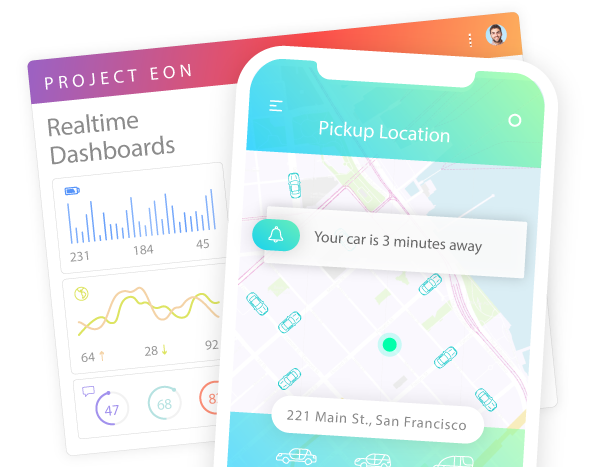 Central to PubNub’s proposition is the low-latency delivery of data that is essential for many real-time applications to function. This leans on the growing push toward so-called “edge” computing, which distributes computing power and brings it closer to the data source, such as a smartphone user trying to converse with their ride-hail driver or participate in a multiplayer online game. PubNub claims 15 points-of-presence (PoP) around the world, spanning several cloud providers across Europe, the Americas, and Asia.

“Edge computing and real-time technologies will be at the heart of the next wave of technology innovation,” said Vishal Lall, chief operating officer (COO) at Aruba, a subsidiary of HPE. “PubNub’s global data stream network has demonstrated extensive accomplishments powering both enterprise and consumer solutions.”

According to a recent McKinsey report, the IoT market alone will be worth $581 billion in terms of ICT-based spend by 2020, with 37% of this figure attributed to software infrastructure and applications

Prior to now, PubNub had raised around $46 million, and with another $23 million in the bank, it said that it plans to double down on its efforts to expedite the adoption of its data stream network globally.

More specifically, PubNub said that it plans to target emerging markets, which are now playing catch-up with developed countries in terms of IoT and smartphone penetration.

“Emerging markets are growing rapidly in the area of connected shared experiences,” PubNub VP of marketing Simon Jones told VentureBeat. “To a great degree this is because of the evolution of connectivity: If you look at somewhere like India, connectivity really has taken off on mobile devices, as opposed to the fixed-position computers we started our internet love affair with in the U.S. As a result, there is something more intensely real-time about the way consumers interact with apps and one another. We are seeing huge adoption of connected shared experiences in areas like ride-share, food delivery, and social video, and are committed to maintaining our leadership position there.”