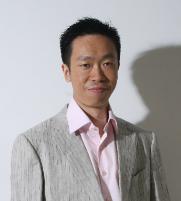 China has 516 million mobile subscribers, the most in the world. It dwarfs India’s 201 million.

We recently spoke with Andy Tian (pictured), who is in charge of Google’s strategic mobile partnerships in China.

Google has decided to do business there despite Beijing’s demand that Google self-censor its search results; Yahoo, Microsoft are doing the same. Google’s partners there with state-owned China Mobile, handset manufacturers like Motorola and Samsung, and popular mobile web sites in the country.  It offers mobile data services, with a focus on search.

The growth of mobile services in China is driven by a number of factors beyond its large population, Tian tells us below, including the country’s open mobile web access for software developers, cheap data rates, rapid handset replacement cycle (as short as 9 months), and more idle time spent on mass transit as opposed to driving.

VB: China is big, but how many people are actually using mobile data services?

Andy Tian: For China, there are anywhere between 40-60 million active mobile data users per month. Despite 3G licenses being continuously delayed, EDGE network is being deployed across the country, so that will further drive mobile data usage.

VB: What is your strategy for taking on Baidu, the most popular Chinese search engine?

As a principle and also in practice, we don’t focus on competitors. We focus on building mobile search services that are not mere translations of our existing US services, but rather tailored towards needs and unique behavior of Chinese users. A mobile phone is much more difficult to operate than a computer, and has poor presentation capabilities, so designing effective mobile services is a very different set of challenges than Internet services.

[Note: Tian wouldn’t go on the record about Google’s own traffic statistics in China or specific aspects of its strategy there.]

VB: How fast do you expect it to grow?

AT: Mobile search is still a new service, many mobile users are not used to doing search on their phones because they’ve never used a computer. About 50% of mobile data users in China do not use the Internet so that Internet branding doesn’t really transfer all the way. In addition, it’s much more difficult for a service to reach a mobile user than an Internet user. Therefore, mobile is a very different competitive environment than the Internet, and there is no dominant player in mobile search yet in China.

AT: China currently has the most open mobile internet environment.  The operator’s wireless application protocol (WAP) gateways are open for users to visit off-deck WAP sites [this means that a mobile carrier in China won’t try to direct users to its own start page when they access a mobile browser, the opposite of what many US carriers practice.]. Recently China Mobile has implemented an interstitial warning page about data traffic charges when a user visits a WAP site for the first time, but this has not impacted WAP usage too much.

Since data traffic fees are low in China (recently the largest province GuangDong offered a package of 5 RMB=$0.60 USD for 100Mb per month) users visit a lot of WAP sites.

The top WAP site in China, www.3g.cn, gets anywhere between 400-500 million daily pageviews — that’s DAILY — far outstripping any other country.  Note that since a mobile phone has a very small screen, a desktop pageview is equivalent in amount of content to about 7-10 mobile pageviews.

China’s mobile market is quite a bit more advanced than US in terms of usage and variety of services available.  There are already 30+ mobile client applications out here in the Chinese market, including mobile RSS readers, mobile community applications, full-page mobile magazine readers, and mobile instant messaging clients.  Many of these have been around for more than two years, with more than 1 million registered users.

In Asia, it’s generally true that a lot of people use mobile to access info/entertainment services including Japan, China, Malaysia, etc. because people spend a lot more time in public transportations vs. everyone is driving in the US — an average of an hour or more a day.

VB: Do people in China care about the iPhone?

AT: Everyone here wants an iPhone, of course, especially when it’s not available yet.  And when there is unfulfilled demand, there will be supply: The local manufacturers are already busy churning out clones.