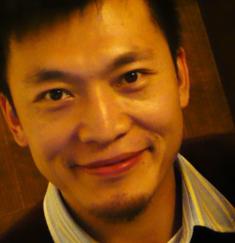 Isaac Mao is one of the earliest and most prominent bloggers in China. He’s been covering Chinese technology since 2002. He’s confronted censorship — even writing an open letter beseeching the Google founders to not self-censor search results in China. I met him today in Beijing and got to ask him more questions about his life as a Chinese blogger (while he also blogs in Chinese, you can read his English blog here).

VentureBeat: Why’d you start blogging? How long have you been doing it for?

Isaac Mao: I wrote a biz column on a famous IT magazine before 2002, but they didn’t keep a digital archive. As a long time reader (then subscriber) to prominent blogger Dave Winer, I started to realize that I needed a personal media to talk about my ideas on technologies in China. So I started my own blog like Dave in 2002 when there were only few similar people in China. Our group blog, cnblog.org, was even one of the most visited blog site in China, then it was diluted as millions of blogs emerged in the next few years. But we are happy to see such changes. There are more and more full time bloggers or independent bloggers now in China.
VB: You mentioned you’ve been contacted by the Chinese authorities about things you’ve written. What can or can’t you blog about? What can you get away with in English that you’d get in trouble for in Chinese?

IM: My blog site was unplugged by ISP for twice because I blogged about the mechanism of GFW, the national censorship system. I guessed the working model of the system with my experiences and background as a software architect. And then they contacted me to have a cafe talk and ‘discussed’ the dangers that I may face to talk too much about this issue on my blog.

[Here’s what got Mao shut down.]

VB: What sort of dangers?

IM: It was a very sutle warning, they never said explicitly, but mentioned family and businesses I was working on. But since then, I’ve come to understand more about the whole censorship system not only from technical view, but political view. The censorship is now more serious than two years ago when my blog was shut down the first time. You can hardly avoid site blockage every day because there are so many possibilities for meeting the criteria of censorship — you can easily see the [censor’s] RESET message in your browser even you are accessing some very normal web pages. I realized it’s very harmful to the creativity of this country.

VB: Why do you think censorship has gotten more strict?
IM: It’s like a cat and mouse game, the mouse is now running faster with more and more new technologies especially 2.0 tools. There are more and more people like to share their real ideas and dare to speak out. And there are more social problems emerged in the passing two years. The ruling party “has to” enforce the voice space from their theory of “keeping stability.”

But they are facing challenges from all angles now. People become more savvy about censorship, lawsuits from bloggers on the legitimacy of the censorship, and international pressures on free speech and fair trade (because international businesses also have to comply to their hidden rules in China).

VB: What’s the effect on innovation?
IM: It’s very harmful to innovation. Many entrepreneurs have to face the daily censorship orders if they provide content hosting service with user generated content. They have to have a specific team to work on the self-censorship problem in 24hr way. It’s really a big burden to startups to deal with this problem the same time competing in the market.

Also, since there are many people can’t access those knowledge sites, like Wikipedia, they can’t even get the competency same as their international counterparts from their childhood.

VB: Do you think the factors you’ve mentioned are going to force the gov to stop/significantly scale back censorship within the next, say, 5-10 years?
IM: I’m not so optimistic to the changes from the government, but I’m so confident to see the force from people (user) side. They will eventually turn the direction to eclipse the whole wall with various ways.

VB: Chinese bloggers (example) criticized Western blog coverage of the Chengdu earthquake for a variety of reasons. Broadly, what do outsiders most misunderstand about what’s happening in China today.
IM: I think blogging has been a great tool to increase understanding between Chinese people and Western people or simply blurring the distinction between each other. But there are still a lot of people relying on traditional narrow band media at both sides.

The biggest misunderstanding about China is many Western people believe that their values can be welcomed by Chinese people in short term — free speech, democracy, etc. — but they always “offend” Chinese people by criticizing the government. Many Chinese people still bundle their feelings with the ruling party.

There should be more international collaborations to change for time being by involving both Chinese people and international communities, I strongly believe. There will be new opportunities in the next few years for Chinese people to adopt free thinking and universal values by harnessing the power of vast social media tools.
If you liked this interview, please let us know through comments. And here are links to other recent interviews: