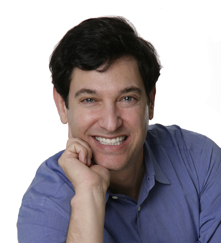 It’s official: Maven Networks, a video platform services provider, has sold to Yahoo for around $160 million. I covered the deal in some detail, when news of it leaked a couple of weeks ago.

Maven, which provides video hosting and video ad distribution software to large media companies, had some high-profile investors, including Accel Partners’ Jim Breyer, who also is a board member and large investor in Facebook, Walmart Stores, Inc., and Marvel Entertainment. I spoke with Breyer this morning to get some context on how Maven fits in with Yahoo, as well as his views on the larger opportunities in the online video market — and Facebook’s own monetization efforts around video.

Accel has been investing in video for close to 20 years, including Macromedia (maker of the Flash online video-playing technology, bought by Adobe), Real Networks, and others. Current investments include user-generated video-sharing site MetaCafe, peer-to-peer file-sharing service BitTorrent and Maven rival Brightcove where Jim also is on the board.

VentureBeat: The word on the street is that many venture-backed online video startups are struggling to monetize, even as their hosting and bandwidth costs eat up their investment dollars. How are online video companies going to turn into big — and profitable — businesses?
Jim Breyer: Monetization is still being defined, and that’s one of the attractions of online video, from an investment standpoint. Nobody has figured out a strong video monetization strategy while seamlessly using the web environment. There’s a lot of experimentation going on, and I expect YouTube to break new ground in terms of how it might work.

The clearest monetization for now, and the most interesting, is happening with technology enablers to major content and advertising companies. Maven and Brightcove are providing hosting and advertising services to these companies, and have fast-growing revenue streams — and they have defensible technology.

The adoption prerequisites are in place… standardized video-playing technology like Flash, lower hardware and hosting costs, bandwidth ubiquity, etc. These prerequisites will continue to enable widespread adoption, and new niches will emerge. We expect to do more investments in video companies this coming year.

VB: Maven faces many competitors, including Accel-backed Brightcove — what stands out about it?
JB: Maven, specifically, has developed a nice set of hosted video service technologies, that are defensible, that sit at the intersection of video hosting and distribution. There are a significant number of companies that have wanted to deploy their own video and also pursue a hosted service model. I expect Maven to give Yahoo significant momentum in offering video services, including hosted video and advertising services for Maven clients.

VB: What opportunities do you see between online video and social networks like Facebook. Example: Will Facebook introduce its own video ad network for video applications on the site?
JB: Video will continue to become more fundamental to social networks, as we’ve seen with the popularity of Facebook’s video-sharing service. Much of our brainstorming at Facebook is in building relationships with third-party application developers — applications that enable video-sharing within Facebook. Through my partners at Accel and through our work on the Facebook Fund investment committee [a fund comprised of Facebook and its venture backers, that invests in promising ideas for applications, our coverage], we are seeing a number of small startups and entrepreneurs working on video-related facebook platform ideas.

Over the long-term, we’ll absolutely have a variety of video ad networks on Facebook — for now, it’s very much about building deep relationships with small video publishers that build engaging content on top of the facebook platform.