Whether you like it or not, Chromecast copycats are on the rise.

The latest: a new set-top box/streaming service called Qplay that launched today from the cofounders of Tivo.

Qplay is a $49 TV adapter that sends video from your tablet to your TV screen. The main difference between Qplay and the other screen-mirroring technologies is that you’ll need to route all of your videos through a Qplay mobile app. If you’ll recall, this strategy is similar to the one used by Vidora — only with an Apple TV instead of its own branded set-top box.

As for the software, Qplay automatically arranges videos into separate “channels” of content called Qs. The company doesn’t really describe how videos are “personally collected,” but Qplay’s demo video does indicate that you’ll be able to customize your own Qs. These Qs also play continuously, which lends itself well to a traditional TV watching experience. I’m guessing that skipping videos you don’t want to watch is similar to flipping through the channels on your cable or satellite TV box.

I’m not entirely convinced that leaving video “curation” up to users will translate to lots of people watching video on their TVs via Qplay. Plenty of so-called curated video services, such as Telly, ShortForm, and WayWire, that tried to do this failed. 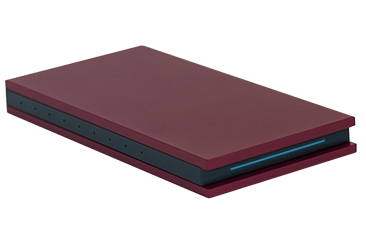 Above: The Qplay TV adapter used to push video from your tablet to your TV screen.

But my biggest reservation about Qplay is why anyone would want to spend $10 to $15 more (for now) than the Chromecast’s price. Google recently released a Chromecast SDK that will enable developers to potentially create services that are very similar to what Qplay is trying to accomplish, too.

“Other devices, such as Chromecast, translate channels into apps, and that just isn’t scalable. There are already too many apps and it’s getting harder to find what you want,” said Qplay founder Mike Ramsay in an email response to VentureBeat.

Of course, Tivo founders Ramsay and Jim Barton do have a ridiculously huge success when it comes to meshing together a business model that includes both hardware and software (Tivo). That said, if Tivo wasn’t able to access the premium content already being delivered from you TV service provider, the device would be pretty useless.

Such is the case with Qplay. If the startup is able to get buy-in from all the major streaming services — as well as media companies — then Qplay could definitely stand a chance at stealing some thunder away from Chromecast.

Qplay actually launched in 2012 and has funding from Redpoint Ventures and Kleiner, Perkins, Caufield, and Byers.