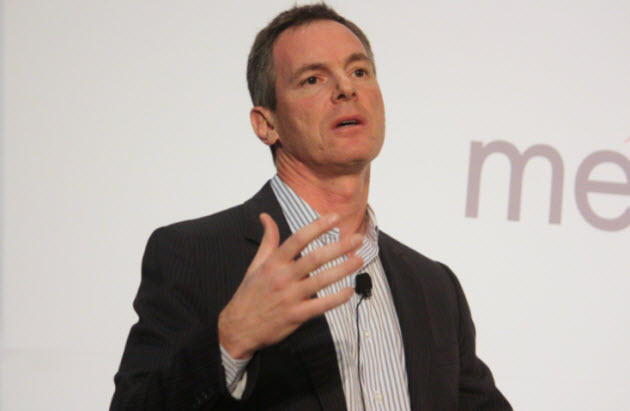 Here’s a bit of pre-smartphone era history for you: Qualcomm CEO Paul Jacobs told Charlie Rose tonight that he tried to convince Apple to put a Qualcomm radio in the Newton PDA during the 90s but was shot down.

As he told it on Rose’s interview show tonight, Jacobs then took his personal Newton over to Palm, taped it to a Palm Pilot brochure (which was shaped just like one of the company’s PDAs), and began negotiations to put Palm’s operating system in a Qualcomm-powered smartphone.

That device ended being the Qualcomm PDQ, which has long been forgotten (it doesn’t even have its own Wikipedia entry) but remains an important milestone in the journey to the smartphone as we know it. The PDQ could be considered the first smartphone, since it combined a mobile (and app-focused) operating system with cellular connectivity.

Jacobs’ anecdote is particularly interesting now. Apple was responsible for kicking off the modern smartphone era with the iPhone, and, of course, Palm doesn’t even exist anymore. It’s also a sly way for Jacobs to prove that he knew where the mobile industry was headed all along.

The interview was well-timed for Jacobs and Qualcomm. It comes only a few days before he kicks off the Consumer Electronics Show in Las Vegas, taking over Microsoft CEO Steve Ballmer’s traditional role as the opening keynote speaker.