Qualcomm says its new Snapdragon 888 processor will take mobile gaming to a new level that can match desktop-level gaming performance. That’s a big boast the company has been making for years, but we’ll find out soon if that will come true with the next batch of Android smartphones coming in early 2021.

Games will see a 30% increase in gameplay performance from previous Snapdragon chipsets while running smoother and longer with lower power. The end result is that developers will have more headroom to take advantage of the hardware and create larger and more unique experiences in the next generation of mobile games. That kind of performance will make a difference in demanding games such as Call of Duty: Mobile and Genshin Impact. While PC and console games get a lot of attention, Qualcomm notes that mobile games are 51% of the gaming market. (Market research Newzoo pegs the percentage at 49% of $174.9 billion.) The world has an estimated 2.6 billion mobile gamers, Newzoo said. The pandemic has boosted that number, as gamers are playing 25% more games than a year ago on mobile devices.

“We’re seeing more and more triple-A titles being developed on mobile first, as well as more games coming down to mobile,” Dave Durnil, head of gaming at Qualcomm, said in an interview with GamesBeat. “And people are playing more mobile games at home, even when they have access to PCs or consoles. To me, that’s a really big transition.”

Qualcomm revealed the gaming information for the processor on the second day of its annual Snapdragon Tech Summit online event, where the company is offering a glimpse into the features of flagship Android smartphones coming out in 2021. The 888 chip builds on last year’s Snapdragon 865 with more integrated 5G connectivity and AI processing. Durnil said that smartphones will be able to run modern mobile games at faster frame rates. Mobile devices with 144 frames per second (FPS) and 120-hertz 4K screens should be much more common in the future, and they won’t run as hot as they have in the past, he said. 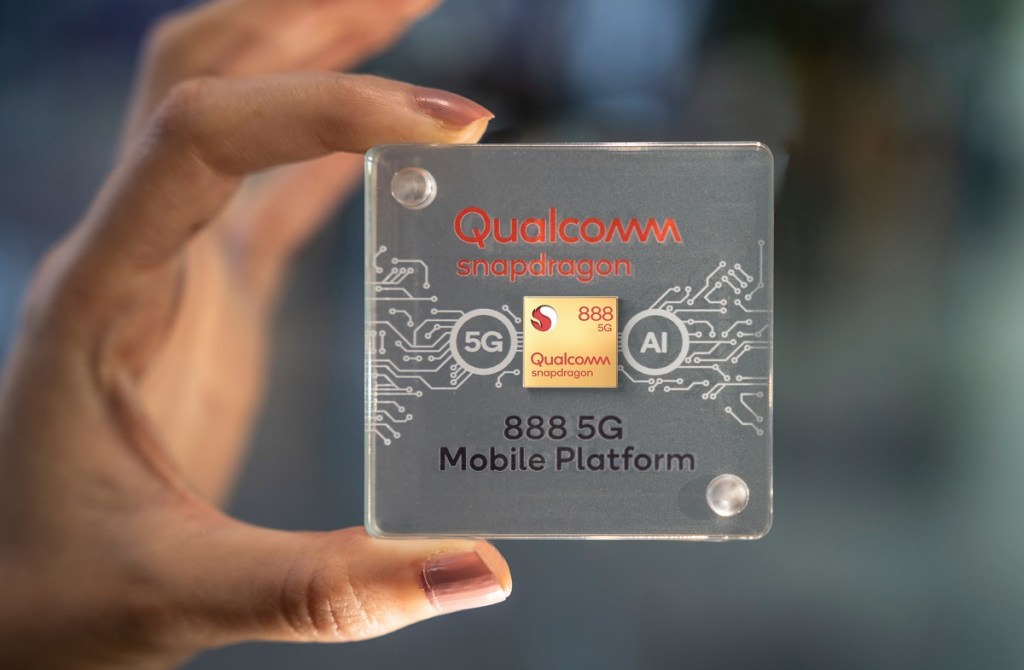 Above: Qualcomm is touting the gaming features of its new processor.

“The 888 is going to be our flagship,” Durnil said. “It’s going to have faster graphics rendering and be more power efficient. That’s obviously going to help with gaming.”

It also has features such as high-dynamic range (or true 10-bit HDR) where shadows and lighting in the same image have lots of detail. Games such as Moonlight Blade will take advantage of the HDR.

“We’ll have a larger range of colors to bring out the detail and saturation within the scenes for a better visual experience,” Durnil said.

Built into the chip is the Adreno 660 graphics processing unit (GPU), which Durnil said has achieved the company’s biggest leap in graphics rendering. It has 35% faster graphics rendering than the previous 865 processor generation, and it is 20% more power efficient. 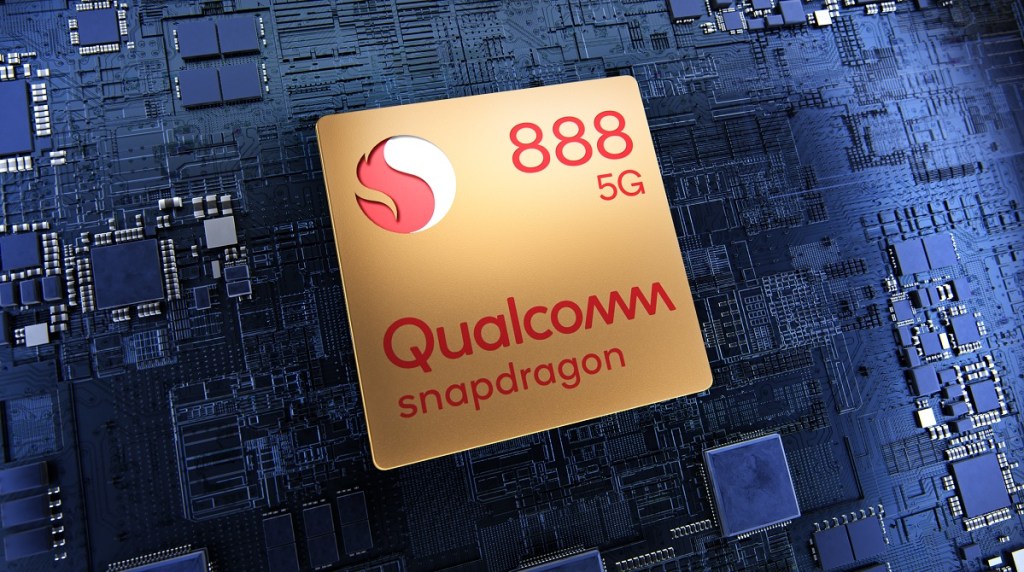 Qualcomm is also touting its Game Quick Touch, which is a feature that esports players on mobile devices will like. This is for the gamers who think a fraction of a second improvements in touch speeds will make a difference between victory and defeat. The feature reduces touch latency because it is optimized at the millisecond level to avoid missing vysnc deadlines that can delay a frame. The result is 20% faster response times, Durnil said. Even games running at 120 fps will see improvements. Game Quick Touch will automatically work with any game.

In mobile esports tournaments, players don’t use game controllers to control mobile games. They have to use the touchscreens, and mastering that takes a lot of skill.

“This will be a competitive advantage,” Durnil said.

The chip also has variable rate shading (VRS), which has only been available in the past on PCs and game consoles. VRS helps reduce GPU workloads and that helps games. This enables the next generation of mobile games to run faster and at higher resolutions while still maintaining the highest visual fidelity. When rendering a frame, the GPU executes a shader program on each pixel in order to compute its color.

In a typical example, triple-A games today shade 3.6 million pixels on the display. VRS allows developers to specify that the shader program only run once in groups of two or four pixels. It then reuses those color results for the surrounding pixels. VRS means that a developer can shade the entire frame using only 1.4 million pixels. This results in 40% more efficiency, while greatly diminishing the GPU workload providing for greater power savings.

This means your device won’t get as hot when you’re running it at the highest speeds.

“This is going to result in considerable power savings, which means you have more headroom to do more in the game,” Durnil said. “Or you could run 120 FPS for higher sustained performance for a lot longer and use less power. And so to me, that’s probably one of the most significant features in terms of improving power on your device.”