Companies have used the term “extended reality” (XR) to describe both virtual reality and augmented reality hardware, but consumers think of VR and AR as completely different things. For a variety of reasons, the former is popular, and the latter is not. Analysts predict the VR/AR balance will remain heavily in VR’s favor for years but will eventually tilt toward AR.

Today, Qualcomm announced the first step in changing that balance: 5G-powered “XR Viewers” — in other words, AR glasses that could actually go mainstream. I would normally characterize this announcement as long overdue, except that the underpinning technologies weren’t ready earlier. Now these pieces have come together, and within a few years I suspect we’re going to be laughing at the clumsiness of early AR headsets.

If you saw Microsoft’s latest shrug-worthy HoloLens 2 announcement, its original HoloLens, or Magic Leap’s debut of the Magic Leap One, you know that AR companies have been struggling to stuff mini computers into the frames of glasses, into backpacks, behind goggles, or into belt-worn pucks. Today’s AR hardware isn’t made for consumers; it’s overpriced, visually underwhelming, and impractical to wear outside of factories and warehouses. These are not coincidentally the only places AR headsets have actually been adopted, albeit in fairly small numbers.

Qualcomm’s XR Viewer initiative solves this problem by leveraging the computer people already carry — their smartphone — for AR headset processing needs. Rather than shoehorning a computer into a helmet or weird-looking goggles, a Qualcomm Snapdragon 855-powered phone connects to lightweight AR glasses that could closely resemble a pair of conventional corrective lenses. Integrated cameras enable six degrees of freedom (6DoF) head and gesture tracking, so you won’t need to carry a controller, though I suspect they’ll be offered.

The masterstroke here is that a phone-powered AR headset simultaneously eliminates two of AR’s biggest pain points: pricing and performance. If you already own a smartphone — who doesn’t? — you don’t have to pay again for the hardware inside a standalone AR headset. Moreover, the Snapdragon 855 is newer and faster than the Snapdragon 850 inside the $3,500 HoloLens 2, and two full generations beyond the Snapdragon 835 used in Facebook’s upcoming $400 Oculus Quest. The 855 was custom-built for everything from 5G smartphones to XR devices, and it has more horsepower than virtually any AR product on the market. 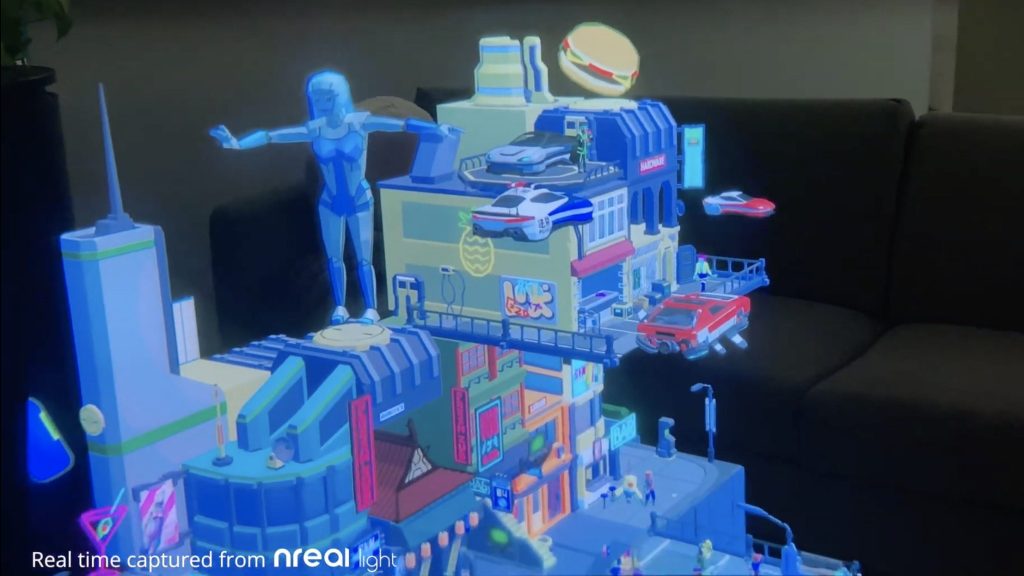 Above: Nreal Light is an AR headset that looks like a pair of glasses, tethered to a smartphone to produce augmented reality scenes like this.

This isn’t to say that XR Viewers are going to solve all of AR’s problems instantly, or that they will supplant popular $200 VR headsets such as Oculus Go and Sony’s PlayStation VR. Thus far, only Acer, Nreal, and Pico have been announced as XR Viewer makers — no prices have been released — and Qualcomm hints that OnePlus, Oppo, Vivo, and Xiaomi will be offering XR Viewer-compatible phones, backed by a small number of European, Japanese, South Korean, and U.S. carriers. Apart from Qualcomm itself, none of the industry’s biggest names is yet on board.

Qualcomm hasn’t eliminated one other pain point from XR Viewers: a USB-C cable is required to tether the glasses to the smartphone. This means a cable will be visibly running from your glasses to your pocket. People may have dealt with wired headphone cables for decades, but it’s clear at this point that wires are on the way out, and a truly wireless solution is needed.

There are already wireless chips with enough bandwidth to power an XR Viewer: Qualcomm makes 60GHz (millimeter wave) 802.11ay WiGig chips with 10Gbps speeds and sub-millisecond latency, enough to deliver high frame rate 4K video directly to a VR headset. But it remains to be seen whether people are ready to have millimeter wave wireless transmitters mounted inside glasses they’ll be wearing for hours at a time, akin to today’s Bluetooth earphones and headsets. Until that question is answered, a cabled solution might be more practical.

In the future, there could be direct 5G cellular streaming to the headset without the need for a phone. Sub-6GHz radios could enable high-bandwidth, low-latency AR/VR streaming without millimeter wave technology, but users would need to depend on a 5G network, custom servers, and likely an even smaller Snapdragon chipset to guarantee smooth, responsive video processing. We might be two to five years away on the 5-nanometer and 3-nanometer chip manufacturing miniaturization processes that could make this possible. 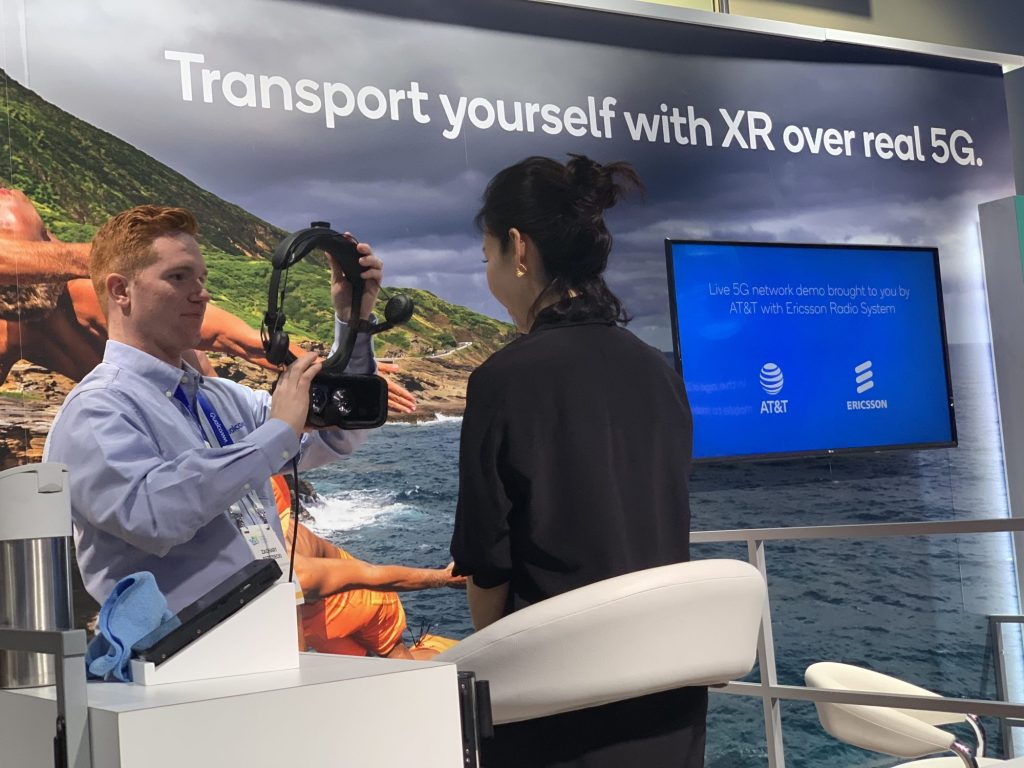 That’s sort of interesting. But NextVR is also showing an XR demo using the Snapdragon 855 and Nreal Light glasses to transition between an augmented reality-style floating portal and a more immersive virtual reality basketball or concert experience. A single pair of glasses that can actually move from AR to VR as needed will make the concept of mixed reality or extended reality more than just a corporate catch-all phrase.

Assuming Nreal and other headset makers can get the glasses right, Qualcomm’s smartphone-aided XR Viewer program strikes me as the right solution to grow AR — until completely wireless XR headsets are lightweight and affordable. One day, CPU and GPU technology will fit fully into a smartwatch or headset, but we’re not there yet, and at this point I’m not willing to hold my breath for either Microsoft or Magic Leap to release a viable consumer solution.

The other part will obviously be software, and though there have been some interesting demos (and one or two popular AR entertainment apps), Qualcomm may well need a Google-class app and game platform partner to make the most of the hardware it’s shepherding to market. For different reasons, I can’t imagine that companies such as Apple, Samsung, or Amazon would be the right fit for this.

In any case, I’m much more excited by Qualcomm’s latest AR initiative than by Microsoft’s, because XR Viewers have the potential to bring high-quality AR into wearables at one-tenth HoloLens 2’s price point. That alone will open up the AR market to thousands of new developers and eventually attract a much broader array of consumers, possibly including you.