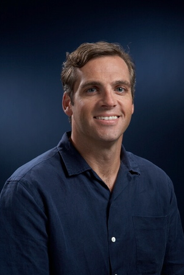 After an abrupt series of events this week, former Facebook executive and Project Playlist chief executive Owen Van Natta is now officially the CEO of MySpace. Meanwhile, Project Playlist has named MTV Networks cofounder and executive John Sykes as its new CEO (no, he’s not that John Sykes). MySpace cofounders Chris DeWolfe and Tom Anderson have meanwhile been reduced from CEO and president jobs to peripheral advisory roles.

So the question for both companies is: Now what? The more cynical among us are already comparing MySpace to soon-to-disappear GeoCities.

News Corp.-owend MySpace has seen its traffic go nowhere over the last couple years with a consistent 130 million monthly active users, while rival Facebook has surged to more than 200 million. The reason seems to be in part that Facebook has religiously focused on site redesigns and sharing its data with outside developers. Although some move, like the introduction of its “news feeds” in 2006, have seemed risky, they’ve made the site far more engaging for users. MySpace has been left building similar features — and actually its late-to-the-game developer platform has been a success.

But the problem at MySpace, though, is that there hasn’t been an overarching vision for what it wants to be in the future. It has the feel of a fun party that’s almost over. Facebook has been trying to connect real people and help them share more information — it sounds cheesy but it’s working. MySpace has been about entertainment, with its video player, its new “MySpace Music” site and such. While MySpace’s new efforts, like MySpaceID, seem promising, the senior leadership is currently nonexistent. Prior to DeWolfe and Anderson, chief operating officer Amit Kapur and his technology and product lieutenants left last month.

Van Natta (pictured top), a very competent businessman but not a product leader, will now need to find a team of replacements, who together with him will have to figure out a bold new vision for enthralling the world’s social network users. As one industry insider quipped to me, “the only thing that can save MySpace now is buying [young and hot microblogging site] Twitter.”

Project Playlist, meanwhile, had a popular music-streaming application on MySpace and a smaller one on Facebook. Both of those apps have been banned for months due to ongoing lawsuits from two of the four major music labels. Traffic has plummeted. Sykes (pictured bottom) has the obvious first task of concluding those lawsuits — and maybe his deep entertainment experience and connections will help him do so. But regaining traction in the face of established rivals like imeem as well as MySpace itself — that second task sounds quite a bit more difficult.

In the world of consumer web companies, succeeding in the first place is partly luck and partly a uniquely accurate view of where the industry is going. Luck hasn’t been favoring either company and I’m still waiting to hear the vision that will make either one successful in the long run. I want to believe, just let me.