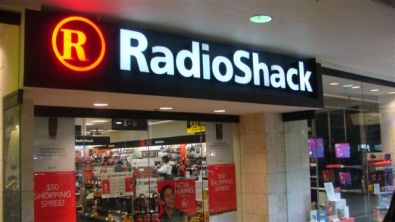 Radio Shack announced this morning that it’s ending its relationship with T-Mobile and will start going steady with Verizon in September.

The company said that it will stop offering T-Mobile phones and services in its stores and on its website on September 14. On September 15, the company will be a Verizon Wireless shop. Radio Shack currently has more than 4,300 stores in the US.

The news isn’t a huge shock: Back in April Radio Shack profits took a major hit due to slow T-Mobile phone sales. “RadioShack gave up a lot of compensation from AT&T and Sprint to carry T-Mobile, and this partnership doesn’t appear to be panning out the way management expected,” Scot Ciccarelli, an analyst at RBC Capital Markets, told Reuters at the time.

T-Mobile released a short statement regarding the news:

After careful consideration, we decided that in order to increase the effectiveness of our retail network and in line with our sales strategy, T-Mobile will exit RadioShack retail locations, effective September 15, 2011. We are currently focused on higher return national retailer opportunities and we expect to announce new channel growth in the coming weeks, which will more than double the number of RadioShack doors currently offering T-Mobile products and services.

While losing Radio Shack is yet another blow for T-Mobile, the addition of Verizon Wireless means that the retailer will be able to offer a wider selection of smartphones, as well as 4G LTE service, to its customers. The news could also potentially be used by AT&T to push federal regulators to approve its pending $39 billion takeover of T-Mobile. AT&T could, for example, argue that T-Mobile’s struggling sales at Radio Shack are a sign that it will start to struggle more in retail if left independent.