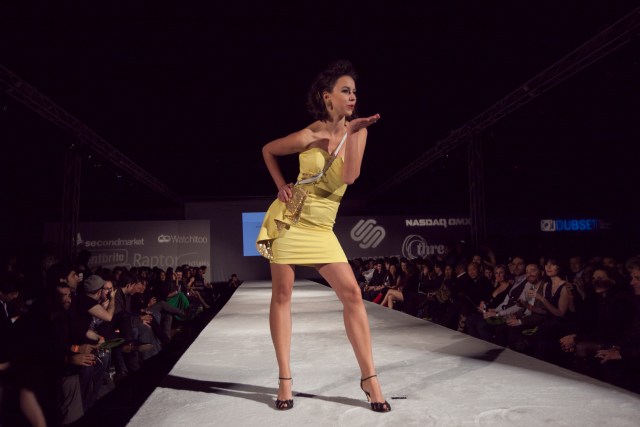 On Thursday November 17th, 1,300 plus New York techies descended upon the Lexington Ave Armory to raise over $100,000 for HackNY, a nonprofit organization run out of Columbia and NYU that keeps young engineers off of the “street” (i.e. Wall Street) and in Silicon Alley, the burgeoning New York startup scene.

A combination fashion show and cocktail party, Raise Cache (get it?) showcased the hottest young things in New York tech, from venture capitalists and angels, to startup founders and tech journalists, strutting down the runway, modeling unique attire, much of which was supplied by fashion startups themselves. (Above, Artsicle co-founder Alexis Tryon.) Turntable FM and Dubset curated the music experience while booking NY Tech “celebrity” DJs including Fred Wilson of Union Square Ventures, Laren Leto of Texts from Last Night, and Dennis Crowley of Foursquare. 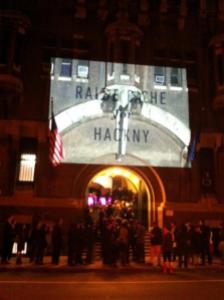 Skillshare, the startup democratizing education, helped to raise funds for the event (a little over $20,000) by allowing its teachers to teach and donate the profits from their classes to Raise Cache.

Rebecca Zhou, Kane Sarhan, and Ben Hindman organized the event, all mainstays in the rapidly growing NY Tech scene (Zhou is a 21-year-old computer science major at NYU and also a design advisor for TechStars).

All in all, Raise Cache raised just over $103,000 to date, an impressive feat that might not have been possible a year ago. This money will go to its next class of fellows, young engineers from around the country who will get placed with NY startups next summer for a paid internship and a highly valuable mentoring experience. At the event itself, due to poor acoustics and a bit of an awkward setup, there was some uncertainty as to what HackNY really did, and how it was associated (or not) with fashion…but at the end of the evening, the goal of $100,000 was still achieved.

Most importantly, the event was a testament to the growing NY Tech scene. It would not have been the same in Silicon Valley, where fashion startups are few and far between. NY Tech is distinctly different in that many of the startups evolve around already successful NY industries including fashion, commerce, finance, advertising, and media. And with Mayor Michael Bloomberg focusing on growing the sector by adding an engineering based institution and hiring Chief Digital Officer, it’s clear that events like Raise Cache will continue to influence the city and perhaps eventually the larger global engineering and technology community.

For now, its events like Raise Cache and the various hackathons around the city that continue to motivate a spirit of optimism and ambition in New York Tech. Even against the backdrop of bitter Occupy Wall Street protests, the spirit of New York Tech is continuing to shine, especially in focusing on innovation to solve some of the city’s and country’s economic problems. Raise Cache embodied the need for engineers to continue working on disruptive innovation as opposed to flocking to Wall Street, and if this event was a litmus test, then HackNY will continue to be successful. 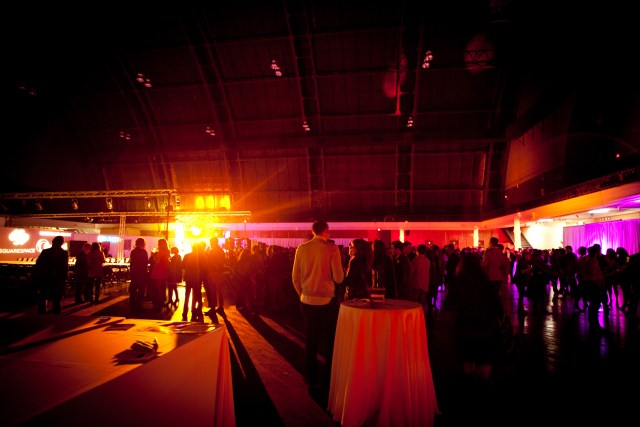