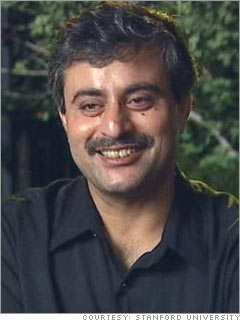 Rajeev Motwani, the Stanford professor of computer science known best for advising Google founders Sergey Brin and Larry Page, passed away today unexpectedly. Widely praised for his investing acumen — having backed both Google and PayPal early on — he will be remembered for his genuine passion for teaching and technology.

Prior to his involvement with Google, Motwani founded the Mining Data at Stanford project (MIDAS), an umbrella organization for several groups looking into new and innovative data management concepts. As an academic, he was also very interested in data privacy, web search, robotics, computational drug design and theoretical computer science. He co-authored a book titled Randomized Algorithms, as well as a textbook, and produced numerous technology patents. For his work, he received a long list of awards, including the prestigious Godel Prize, the Okawa Foundation Research Award and the Arthur Sloan Research Fellowship. He was still teaching classes as recently as last quarter.

Motwani was a nurturing force for many startups, according to close friend and GigaOm editor Om Malik. As an investor and advisor, he sat on the boards of Google, Kaboodle, Mimosa Systems, Adchemy, Baynote, Vuclip and Stanford Student Enterprises, among many others. He was also active in the Business Association of Stanford Engineering Students (BASES).

Originally from New Delhi, Motwani earned his bachelor’s degree in computer science from IIT Kanpur in 1983, and his doctorate from UC Berkeley in 1988. He arrived at Stanford shortly thereafter. As a pillar of the Silicon Valley and Bay Area academic communities, he will be dearly missed.

In his farewell post, Malik writes, “I am sure I am not the only one who has benefited from [Motwani’s] generosity of time and knowledge and his ability to create connections and help others.”

VentureBeat would like to echo his condolences and warm wishes for Motwani’s family.