A lot of people saw Ralph Breaks the Internet last year, as it generated more than $500 million in film box office revenues. But how many of those moviegoers got to step inside the movie?

That’s what I got to do in the Ralph Breaks VR experience at The Void, the virtual reality experience center at the Grand Canal Shoppes at The Venetian Hotel. The VR experience goes beyond the home VR games that you can play in your home, as it includes added features you can’t get at home yet.

The experience comes courtesy of Disney and Lucasfilm’s ILMxLab and The Void. They previously created experiences like The Void’s Star Wars: Secrets of the Empire. I tried that experience out early last year in the Downtown Disney District in Anaheim, California. The Las Vegas location is one of eight places where you can experience Ralph Breaks VR at The Void.

With Ralph Breaks VR, you can go through the “hyper-reality” experience with a total of four players at once. I went alone. 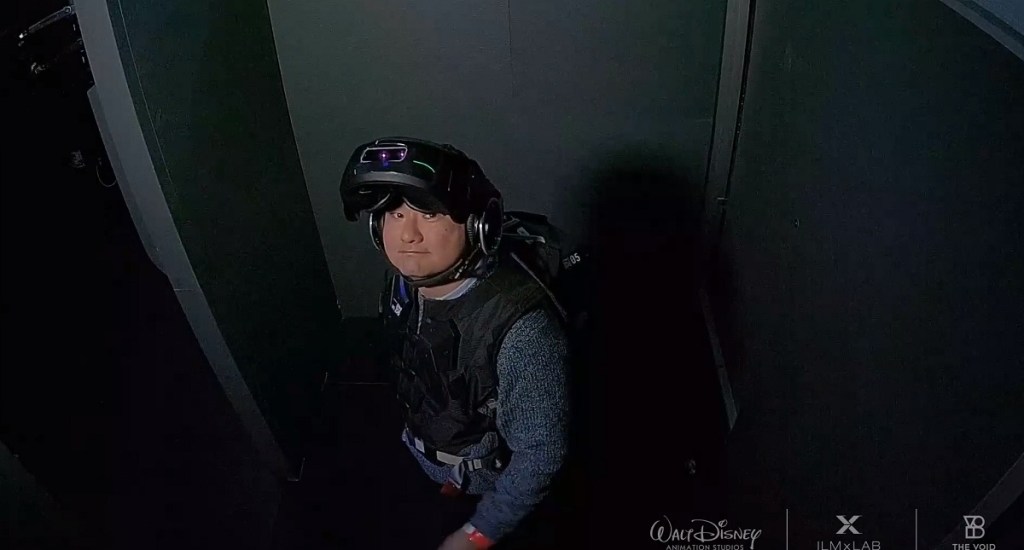 Above: Dean Takahashi tries out Ralph Breaks VR at The Void.

When I walked in, I signed a waiver and entered my contact info. A greeter showed me to a screen where I watched a short film with Wreck-It Ralph (voiced by John C. Reilly) and Vanellope (Sarah Silverman), where they set the stage for the story.

Then, I walked beyond a door, where no more filming was allowed. Greeters helped me get into my VR rig. The rigs have a backpack with a special-purpose laptop in them, with wires connecting to some kind of VR headset. But in contrast to the Oculus Rift home consumer VR kits, this setup had no hand controllers. No wires. No controllers. Once again, as I experienced at other The Void sessions, it was liberating.

You can strap into the rig quite easily if you follow the greeter’s instructions. They ask you if you can see your hands in VR, and if that’s a go, then they lead you into a small room. The show gets underway as Ralph and Vanellope try to sneak into a corporation’s physical building. They get caught, but then, they try to hack their way into the place called Gamerstream and make their way to the internet. 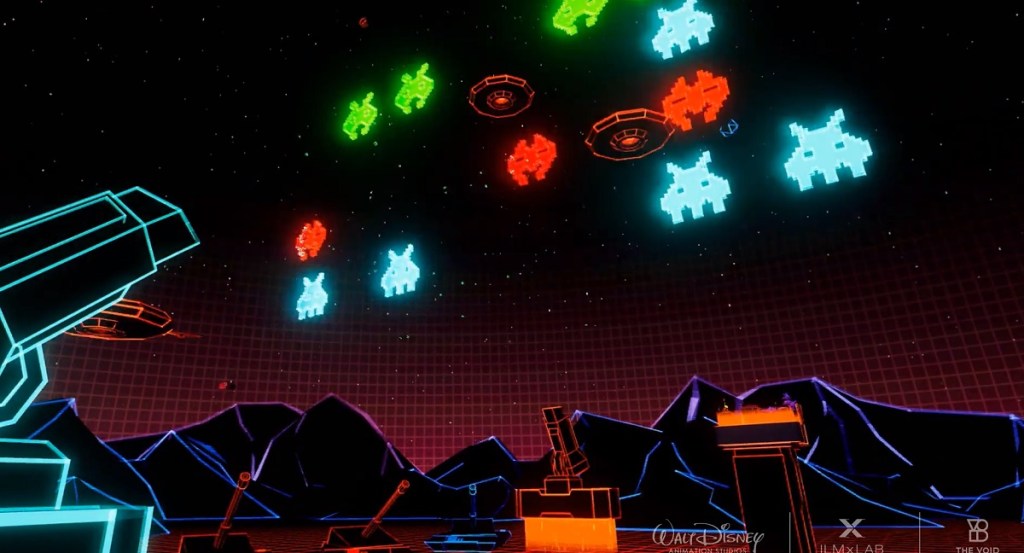 Above: The Dunderdome in Ralph Breaks VR.

One thing you notice is that the characters look you in the eye when they are talking to you. That’s because the VR kit had an “eye-tracking” technology that showed where you were looking within the environment at any given time.

Once they succeed in breaking in, the experience moves forward. I came into a room where I played a “Dunderdome” game.

In this game, you have to hit physical buttons that make things happen in the virtual environment. You get a real sense of agency in the world as you pound the buttons. I had to shoot a bunch of moving spaceships that were invading earth, much like the original Space Invaders game. That was familiar territory, and so, I did pretty well at that one. It ended all too soon for my taste. If I had multiple people with me, we would have been competing against each other. 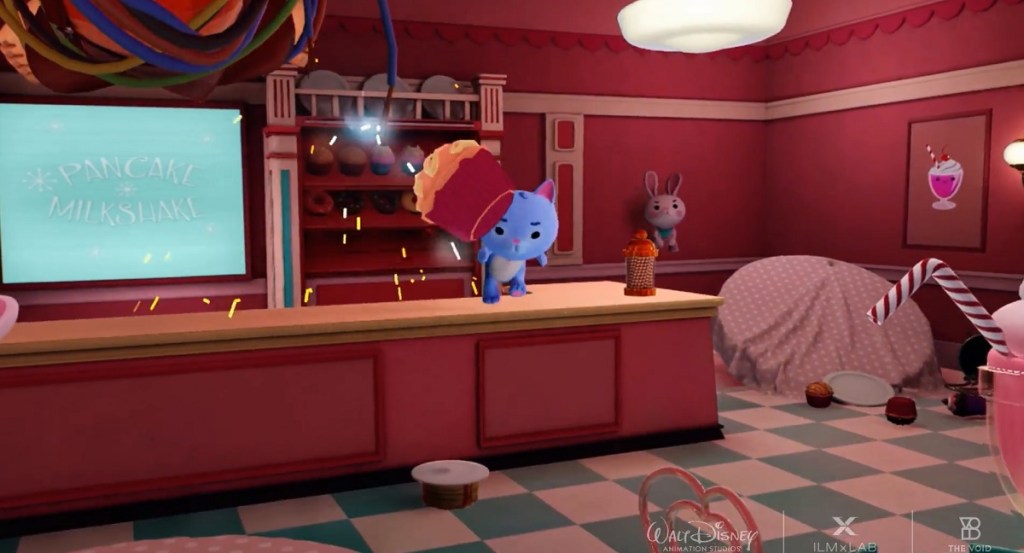 As you do that, you can check your avatar’s wristband for a holographic display that shows you your score. This part of the experience felt like a nice way of onboarding people who had no clue what VR is, making the Ralph Breaks VR experience much more accessible.

“This project was about combining things we’ve done in the past to bring the world of Ralph Breaks the Internet to life,” said Curtis Hickman, chief creative officer at The Void, in an interview with GamesBeat.

After this sequence, I moved to another room. I could never really tell if I was walking that far, as The Void makes use of the limited amount of real estate. For all I know, I could have been walking in circles between two small rooms. Someone put a gun in my hand, or rather, a wooden prop. 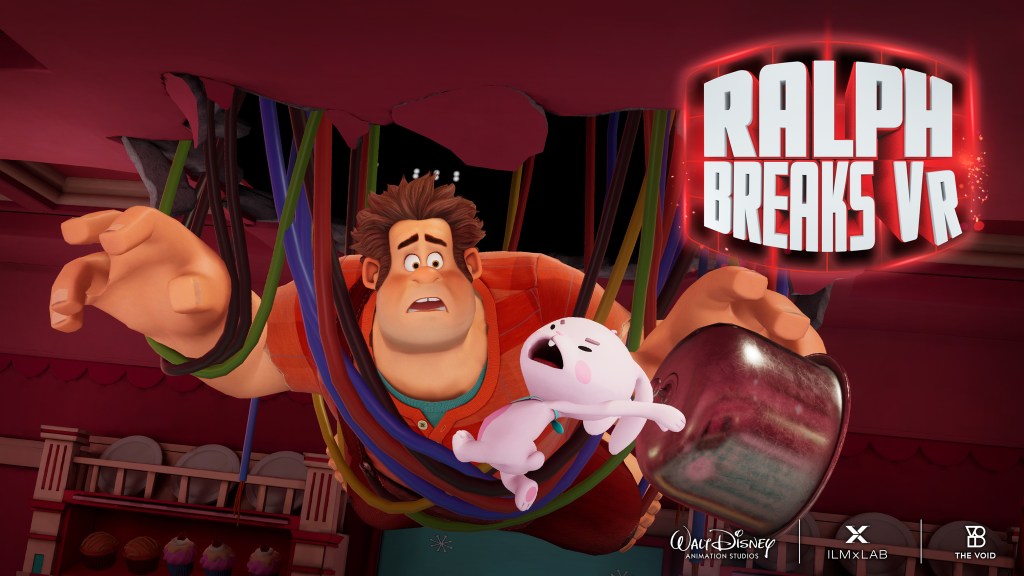 Above: Ralph makes his way to the diner.

I started firing, and it was a pleasant experience. I had the hang of it by the time I moved into Pancake Milkshake Diner. There, I fired a bunch of milkshake and pancake goo at some cute little fuzzy animals who were also firing back at me. The goo made the shooting gallery experience a lot different than the one where you use a Star Wars blaster.

“We want to wreck it with Ralph,” Hickman said.

I kind of missed it entirely, but this is where you were supposed to smell something like food. So, The Void was tapping your olfactory senses, or at least it was trying to in my case. 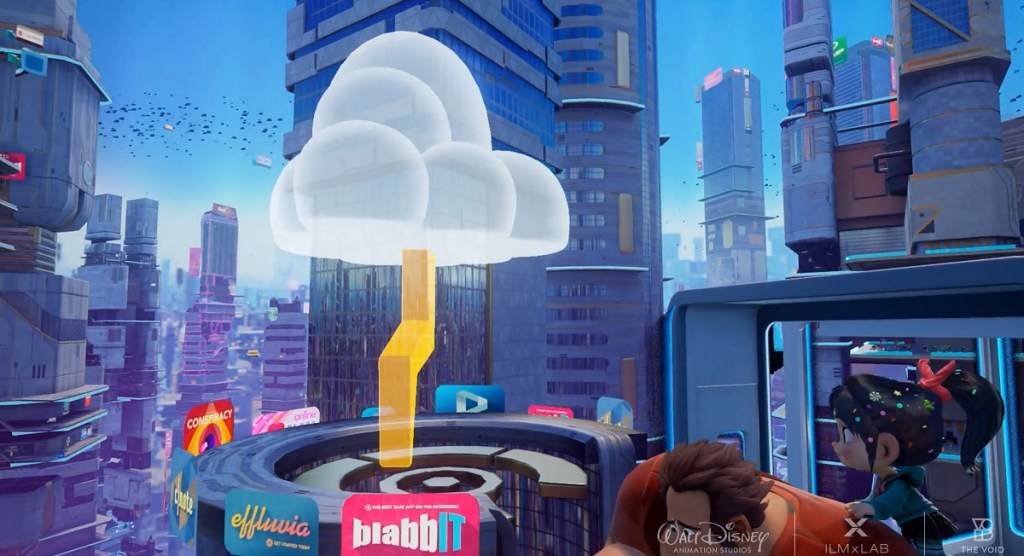 And next, I scooted across a virtual precipice — a common tactic to give you a sense of vertigo and presence in a VR space. And I fired my gun’s colorful ammo at a bunch of equally colorful drones and other enemies that were flying through a neon-animated city that felt like Tokyo.

It was a casual VR experience that was family friendly. It wasn’t incredibly deep or dazzling, but it’s a nice way to get everyone — from your kids to your grandparents — to their first VR experience. And yes, it does live up to its marketing hype of making you feel like you’re stepping into an animated film.

“We tried to make this a broad family experience where we take them to another world,” Hickman said. “The response has been very positive.”

The gun, or pancake launcher, probably wasn’t the best reuse of a prop from Star Wars. But The Void has other kinds of input systems in its other experiences — like the horror VR experience Nicodemus: Demon of Evanishment.

I felt like this experience worked better than the Star Wars one, where I had some tracking problems. The wood gun prop felt like it was recycled from Star Wars, but I suppose there aren’t that many interesting ways to interact in VR yet. The experience lasted around 20 minutes or so, and in the Ralph experience, I didn’t notice any tracking problems at all.

I’ve seen a steady improvement in The Void’s technology over time. I think this kind of technology and entertainment experience is what VR needs to survive. It needs to blow us away with location-based entertainment, as the cost of home VR kits comes down to a level where more of the mass market can enjoy them.

Perez said that it took about a year to create the Ralph Breaks VR experience, and it’s not likely to make it into homes very soon.

“This experience was made specifically for The Void, and there are no plans to do anything outside of that,” Perez said.

Hickman said, “We think this is the future of entertainment.”