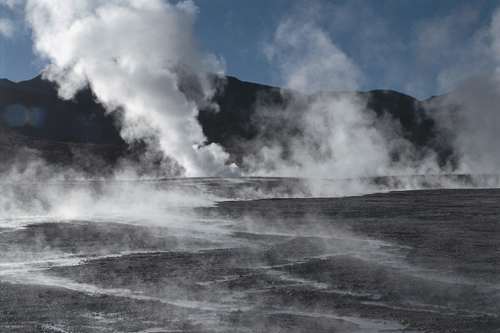 It’s a little known fact — the Earth’s geothermal resources could satisfy the world population’s power needs many times over. So why is it only generating little over 10 gigawatts of power globally? The prime reason: Few companies have figured out how to make the capital-intensive plants economically feasible. But geothermal conglomerate Ram Power may have found an answer with its new development in Nicaragua.

The company, based in Reno, Nev., is embarking on a 72-megawatt geothermal project in the Central American country (PDF) — a big leap forward considering that it has only built a 10-megawatt facility in the past (also in Nicaragua). The new plant, expected to come online in the start of 2012, will be broken into phases to help shoulder the enormous cost.

To pay for the first phase, which will build 46 megawatts of capacity, Ram has closed a $77 million credit facility provided by a gaggle of lenders, including the Central American Bank for Economic Integration, Cordiant Capital and Export Development Canada. It adds this sum to an undisclosed amount of equity it raised previously. This segment of the project is slated to complete by April 2011.

The second phase, kicked off soon thereafter, will expand the plant’s capacity to the full 72 megawatts. This should be completed by the end of 2011. Both phases will be using flash Fuji Turbine Generators. If the first phase of the plan proves successful, Ram believes that financing the second should come easier.

Also helping Ram’s case is that its basically a consortium of to-tier geothermal companies. In October this year, Ram Power, Polaris Geothermal, Western GeoPower and GTO Resources decided to join forces. As a single unit, it also has plans to buy or build another 50 to 100 megawatts of generation within the next year or so.

Utilities are already taking notice. Ram has scored power purchase agreements with Southern California Edison for up to 400 megawatts of future geothermal generation.

As an industry, geothermal power has been growing by 3 percent every year on average, since 2005. The largest obstacles are still economic. Capital costs for a cutting-edge geothermal facility run above $4 million per megawatt installed.

Once capital is raised though, the energy itself costs about a nickel per kilowatt-hour — even cheaper than nuclear power. Geothermal also produces less waste and is better for the surrounding environment than a lot of other sources of renewable energy. This makes it seem like a bargain.

of course, this bargain is predicated on the presence of readily-available geothermal energy. To date, the overwhelming majority of the Earth is not well-suited to this tpe of generation. It’s either too expensive or the terrain isn’t appropriate. Going forward, it will be up to innovative organizations like Ram to overcome these obstacles and fully tap geothermal’s potential.