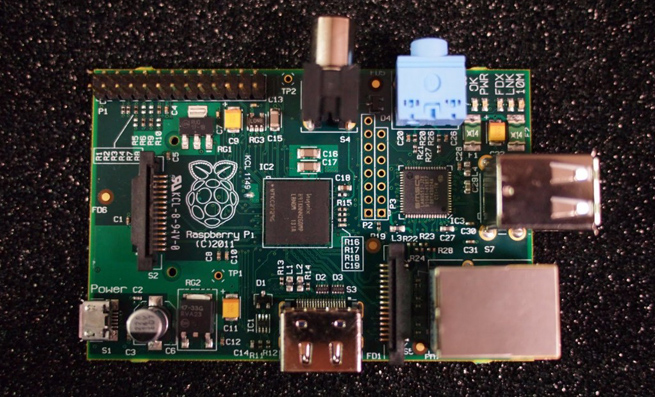 The first Raspberry Pi computer, which costs just $35, became available for pre-order earlier today and within hours, most outlets taking orders have sold out.

The first Raspberry Pi machine was first seen by us last May and at the time it was the size of a flash drive, but was still able to run the Linux open-source OS with its 700-MHz ARM processor and 128MB of RAM. Since that time, the tiny PC has gotten larger in size and now has two versions — the $25 Model A and $35 Model B. However, only the Model B went on pre-order today, while the Model A is heading into production in the next few weeks.

Orders for the model B were taken through Premier Farnell and RS Components, but those sites have since changed pre-order forms to just forms letting the companies know you’re interested in the product. Raspberry Pi’s Twitter account reported earlier that Farrell has likely sold out.

The Raspberry Pi is the brainchild of engineer Eben Upton and British programmer David Braben. Somewhat similar to the One Laptop Per Child project, Upton and Braben’s goal is to manufacture a computer that is so inexpensive that every student can be given one.

Will you be buying a Raspberry Pi computer?