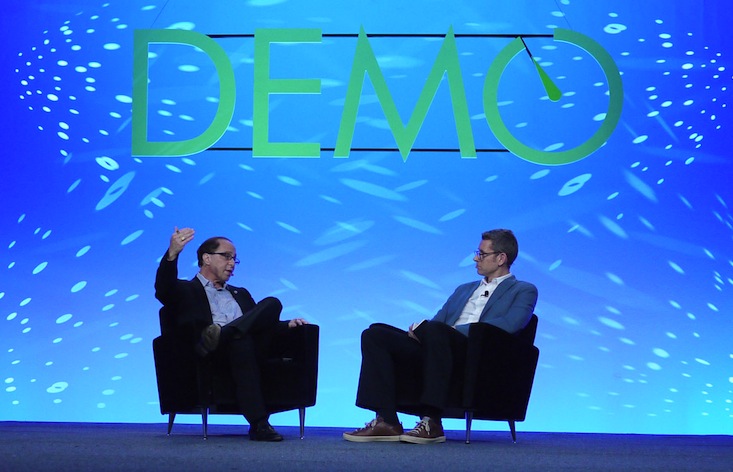 Ray Kurzweil is looking forward to the year 2029.

That’s the year he predicts our technology will be able to think without us — aka the date that computers pass the Turing test. Our computers are growing more powerful at an exponential rate, and even Kurzweil is impressed by what we can do with artificial intelligence (AI) today. He’s been making the prediction that 2029 is the date for some time, and he repeated the date onstage yesterday at the DEMO Fall 2012 conference multiple times. Still, even to someone who has seen it coming all along, progress in technology can be impressive.

Kurzweil is widely known for creating the musical synthesizer, the Kurzweil Reading Machine, and other speech recognition technologies. He’s also made a name for himself through his interest in robots, his study of the brain, and for promoting the concept of the “Singularity,” which is the point at which artificial intelligence exceeds human intelligence; he’s a cofounder (with Peter Diamandis) of Singularity University. He has 19 honorary doctorates and degrees, and says he wants to live forever. Most recently he wrote the book How to Create a Mind: The Secret of Human Thought Revealed, which looks at how reverse engineering the brain helps us understand how artificial intelligence fits into the broader world and will be coming out in November, 2012.

He also made a comment about Apple’s Siri voice assistant and how far it still has to go. Kurzweil was directly involved in creating Nuance, which is the speech-recognition technology behind Siri. 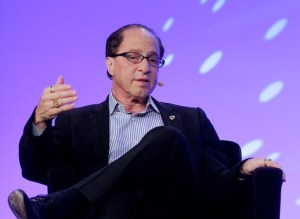 Above: Ray Kurzweil at the DEMO Conference in Santa Clara, Calif.

“I think actually the natural language understanding of Siri is fairly weak,” he said. “That needs a lot of improvement. I think that’s feasible.”

Think of Iron Man (the movie version). Tony Stark made a friend out of his technology, Jarvis. He could talk to it and build a relationship with it. That’s what Kurzweil says we want out of our technology. We want a friend, and one day there will be a technology that can not only listen and understand what you’re saying, but reply.

Siri is definitely far from that mark, but it’s a start.

However, Apple’s competition, Google, got a tip of the hat from Kurzweil when he said, “Google self-driving cars actually work very well if you talk to anyone who has driven in them.”

He went on to say that Google Glass (Google’s experimental glasses-mounted display) is a good example of augmented reality, though he’d like to see these types of devices tell us the name of the person standing in front of them, or remind you of the name of that actress that’s on the tip of your tongue.

He explained that, today, cyber terrorists are already able to reprogram the flu to make it even more deadly than it is naturally.

“If you have an AI that’s more intelligent than you are, and it’s bent on your destruction? Then that’s a bad situation to be in,” he said.

Check back tomorrow for VentureBeat’s video interview with Kurzweil in which we talk about the Singularity, his fears, and how Apple can improve Siri.