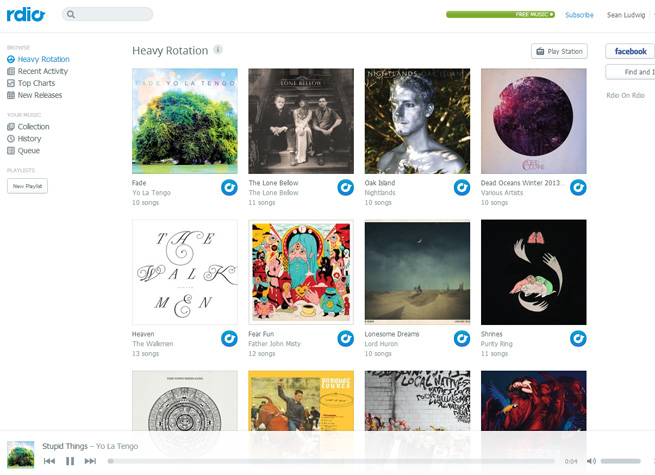 Streaming music service Rdio has finally launched its free-streaming option in countries outside of the United States, a sign it is serious about fishing for new users around the world.

Services like Rdio and Rhapsody have struggled during the past few years to get as much attention as Spotify, which puffs its chest often and has celebrity endorsers. Spotify has offered users a free version of its product for quite some time, which has helped it get to 20 million users around the world. Rhapsody has more than a million paid users in the U.S., but it is just now beginning to look at international expansion. Rdio doesn’t disclose its user numbers, but it is at least available in 17 countries and needs more exposure.

While Rdio has offered some free streaming of its service in the United States since October 2011, the service hadn’t opened that feature up in the other countries Rdio is offered.

Rdio will now offer up to six months of free streaming in the United Kingdom, Australia, Belgium, Canada, Denmark, Estonia, Finland, France, Netherlands, New Zealand, Norway, Portugal, Spain, and Sweden. Interestingly, Germany and Brazil have paid Rdio service but will not get a free option.

Like other services that offer on-demand music streaming, Rdio’s free streaming is not unlimited; you eventually get cut off and need to pay. The free streaming allows you to get familiar with the benefits of streaming from a catalog of more than 18 million songs.