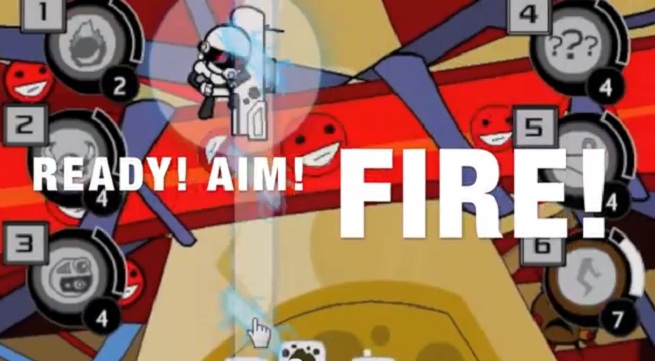 HopeLab is taking a blast at cancer with the relaunch of its titles that help kids deal with having cancer. More than five years in the making, Re-Mission 2 consists of six free-to-play online minigames launching tomorrow with a host of support from charities, medical researchers, and major corporations.

The new titles are on the leading edge of “games for health,” a movement to take the engagement of gaming and turn it to the cause of improving health.

(Consumers taking control of their own health through games or other digital technologies are one of the big themes of our upcoming HealthBeat 2013 conference, May 20-21 in San Francisco.)

The six releases are bite-sized casual experiences that combine fun and cancer education. They have the backing of scientific research and input from cancer patients. The games are the spiritual sequels to Re-Mission, a PC offering released in 2006 from HopeLab, a health charity that eBay founder Pierre Omidyar and his wife Pam Omidyar set up. 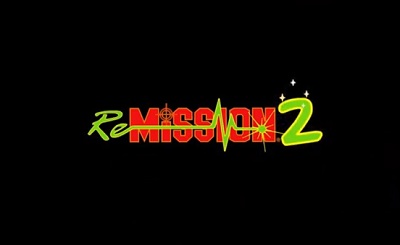 The new titles deal with big changes in the way people play games. They include iPad versions since kids in hospitals often can’t easily access a PC. They are also accessible on the Web from any device that can connect online, and they don’t require a huge time commitment.

The games apply insights from a brain-imaging study that HopeLab and Stanford University researchers published in 2012. The study showed that the original Re-Mission, a game where kids can kill cancer cells in the body, strongly activates brain circuits involved in positive motivation. Such motivation helps kids stick to their prescribed treatments of chemotherapy and antibiotic treatments. Re-Mission basically helps them understand why it’s important to stay positive and be disciplined about anti-cancer treatments.

Steve Cole is a doctor who helped organize the whole effort. He is vice president of research and development at HopeLab and a professor of medicine at the University of California at Los Angeles. He said in an interview with VentureBeat that a better attitude contributes directly to getting a biological edge on cancer.

“The goal is to give kids hope for power and control over cancer,” Cole said. “It is a souped up version of Re-Mission, using a different recipe for impact based on what we learned about motivation, emotion, and harnessing positive psychology.”

The new games include input from 120 teens and young adults with cancer across the U.S. Those patients helped contribute to making the games more fun.

“A lot of times we don’t really want to take our meds. We wonder, ‘What is this doing? Where is it going? I’m tired of it. It’s just going to make me throw up,’” said Jose Guevera, an 18-year-old who went through cancer treatment and helped design the Re-Mission 2 games. “But when you see on the screen and visualize what’s happening inside your body, and what the chemotherapy’s doing — you’re not looking at a PowerPoint, you’re playing a game, and you’re being chemo, and you’re killing your bad cells. I think Re-Mission 2 can really help a lot of us.”

In each Re-Mission 2 game, players go inside the body to defeat cancer with weapons like chemotherapy, antibiotics, and the body’s immune cells. The action has direct parallels to real-world cancer treatments, and it tells patients that one of the big reasons that kids don’t survive cancer is because they don’t stick to their treatments. 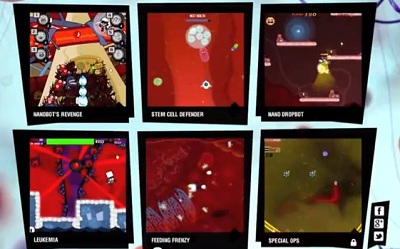 “Combining high-quality science and compelling game design to help young cancer patients fight their disease was at the core of my vision for the original Re-Mission, and I’m delighted to see that continue with Re-Mission 2,” said Pam Omidyar, HopeLab founder and board chair. “HopeLab science has improved our understanding of how technology can be harnessed to catalyze the innate resilience of young people, even in the face of extreme adversity, like cancer. The Re-Mission 2 games have been tested with kids across the country, including my own, and we hope people have as much fun playing them as we have.”

All six games are available on the Re-Mission 2 website, and three of them are also compatible with the iPad. Players can unlock a bonus pack of downloadable games for Mac and the Windows PC.

“When I first was introduced to the Re-Mission program, I was just amazed,” said Ernest Katz, Director of Behavioral Sciences at Children’s Hospital Los Angeles. “Here is a product that kids can engage with in a fun way, and it helps them learn about what they needed to do in order to get better.”

A study of the original Re-Mission game showed that it improved treatment adherence and boosted self-efficacy in cancer patients, according to published findings from the medical journal Pediatrics in 2008.

“Kids were using their antibiotics, and we were happy about that,” Cole said.

Cole said one of the best things that came from the first effort were a series of studies that measured impact. Groups will study the new games as well.

“We looked at what worked,” he said. “Knowledge games weren’t the pathway through which we got improved behavior. We changed the view of chemotherapy from being a symbol of having cancer to having bullets in your gun or bombs you can drop to kill cancer.”

In other words, the kids had to like the titles to learn from them. HopeLab contacted a series of game developers, and just about all of them were able to help.

“We know that technology can be a powerful force for good in the lives of young people,” said Jenny Lai, vice president of the ESA Foundation. “Re-Mission 2 embodies that promise. The ESA Foundation became HopeLab’s first Re-Mission distribution funding partner in 2006. We are delighted to extend our partnership to support the launch of Re-Mission 2.”

Re-Mission 2: Nanobot’s Revenge: You play a microscopic nanobot that blasts all types of cancer using an arsenal that includes chemo, radiation, and targeted cancer-drug attacks to crush the malignant forces of the Nuclear Tyrant. The Nerdook Productions-developed game has 12 levels plus a bonus level.

Re-Mission 2: Leukemia: The Leukemia Monster has sent waves of cancer minions to attack the body’s bone marrow. You can save precious stem cell colonies and cleanse the bone marrow of all leukemia cells with arcade-style play. It has 20 levels. Nerdook also developed the experience.

Re-Mission 2: Nano Dropbot: You guide a flying dropbot on search-and-destroy missions to kill cancer cells where they lurk. Nano Dropbot has 15 levels and 10 bonus levels. Tinime Games built the title.

Re-Mission 2: Feeding Frenzy: You have to drive a colony of powerful chemo and leukocytes to devour colonies of bacteria and cancer cells. The Tinime Games-developed Feeding Frenzy has 10 levels.

Re-Mission 2: Special Ops: You can unlock this game pack by clearing five levels of each of the other Re-Mission 2 games. The title is an arcade-style shooter where you destroy cancerous invaders with an array of weapons. Novaleaf Game Studio created this adventure, and it has 15 levels.

Cole said that the Flash-based titles will run on mobile devices through cloud-based streaming technology. He also stated that the games do not require federal approval because they are not treatments that go inside your body.