RealNetworks has unveiled two consumer video tools that use artificial intelligence to identify faces of celebrities in videos and help you figure out who you’re watching.

StarSearch by Real is a browser extension that enables consumers to instantly identify celebrities and other famous people in any video streamed from YouTube, Netflix, and other popular sites. It brings the power of AI to people’s media and is a way to celebrate the 25th anniversary of Real’s streaming technology, said RealNetworks CEO Rob Glaser in an interview with VentureBeat.

With StarSearch by Real, a clickable indicator appears in a video, allowing you to pause the action and identify a celebrity. When you click, you’ll see the celebrity’s name and a brief bio. You can also click through to find more information. RealPlayer 20/20 is a redesigned PC media player that provides one-click video downloads and instantly spots and identifies people in videos and the scenes where they appear, as well as organizing media libraries by people.

The AI used by both comes from RealNetworks’ SAFR Computer Vision platform and is now being applied to RealNetworks’ main media player product, which has been downloaded more than a billion times. 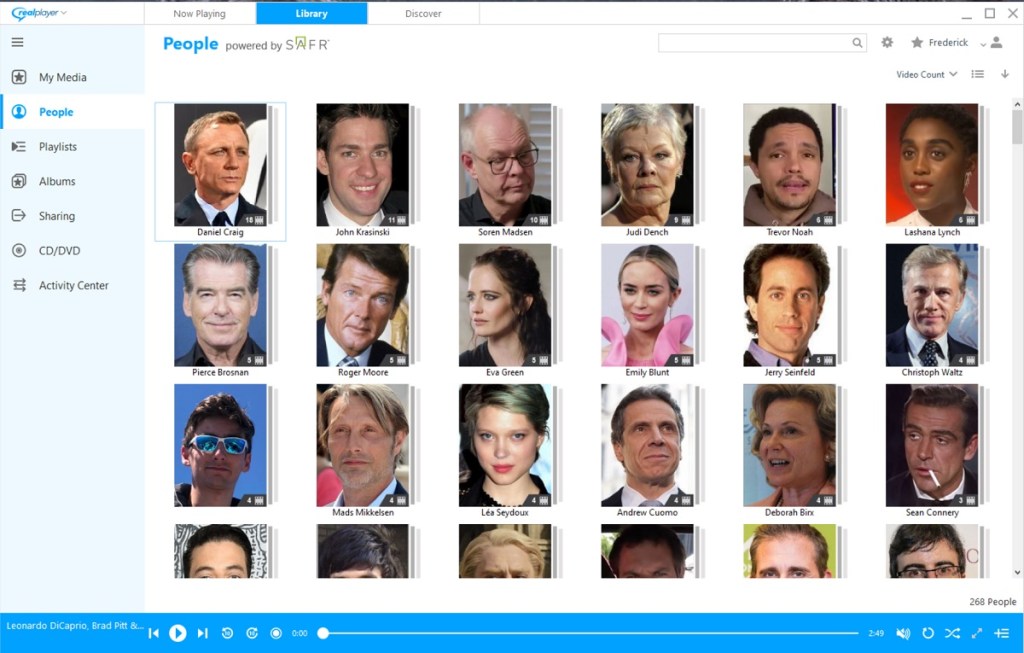 Above: Real Player 20/20 can organize your videos by people.

“This investment leverages things we already were doing, as it is based on our SAFR platform that we’ve already developed and brought to market,” Glaser said. “So rather than having to reinvent that from scratch, we are building on that. We’re optimistic it’s going to be an exciting product.”

Dan Rayburn, a principal analyst at Frost & Sullivan, said in an interview that the RealNetworks technology is a benign use of facial recognition AI, which can be creepy in other contexts, such as video surveillance. He argued that using it to identify celebrities online isn’t a big deal because they’re public figures. With the video library, you can use the RealPlayer 20/20 to identify people you know, such as friends and family, but that’s intended for your own private purposes. It’s not meant to identify people you don’t know on the broader internet, Rayburn said.

While RealNetworks is making StarSearch by Real available for free, the company can still make some money by selling advertising on the pages it directs people to as they look for more information on a celebrity. RealNetworks has thousands of celebrities identified now, and it will add more over time, with the help of crowdsourcing. So you’ll find Leonardo DiCaprio identified, but probably not Dean Takahashi. 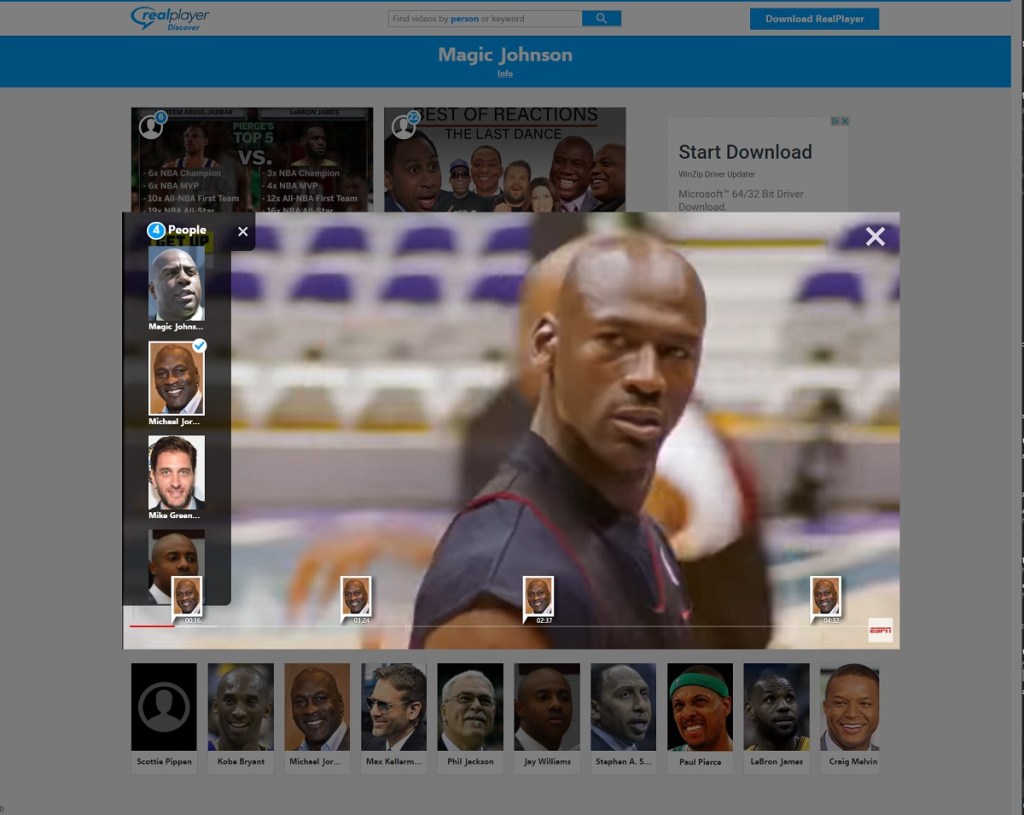 Above: StarSearch by Real can tell you facts about celebrities.

Frederick Savoye, vice president of consumer media at RealNetworks, said in an interview that more than 80% of consumers often or always ask themselves who’s on the screen they’re watching. By simply clicking on a video frame that includes a famous person, StarSearch and RealPlayer 20/20 identifies famous people with a name, photo, current age, and fun facts, he said. 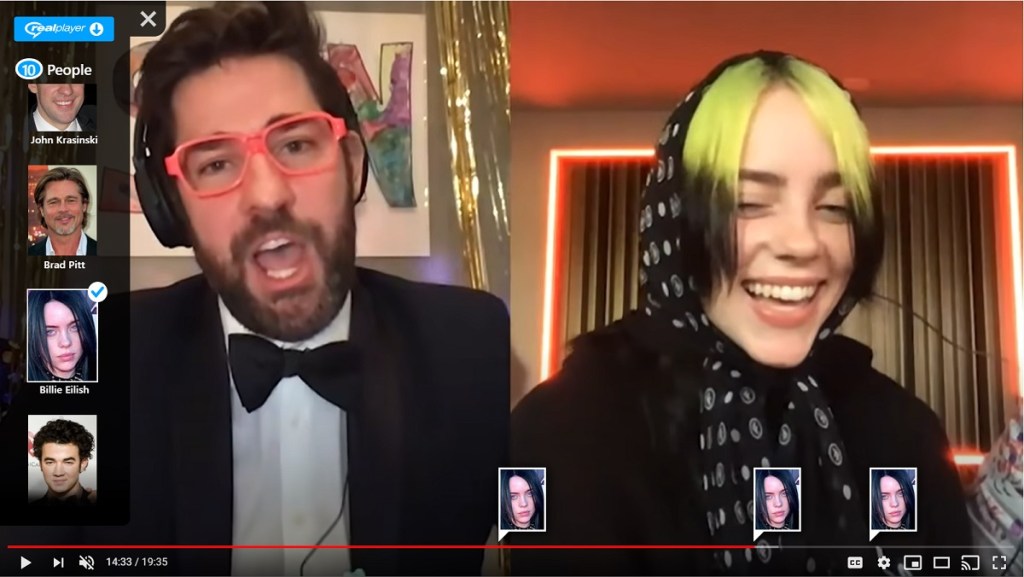 Above: You can see how many times Billie Eilish appears in a video with StarSearch.

StarSearch by Real is immediately available as a free web extension for Mac and PC through the Chrome store. RealPlayer 20/20 for Windows is now available for free in the U.S. and Canada, with plans to expand to other regions later this year.