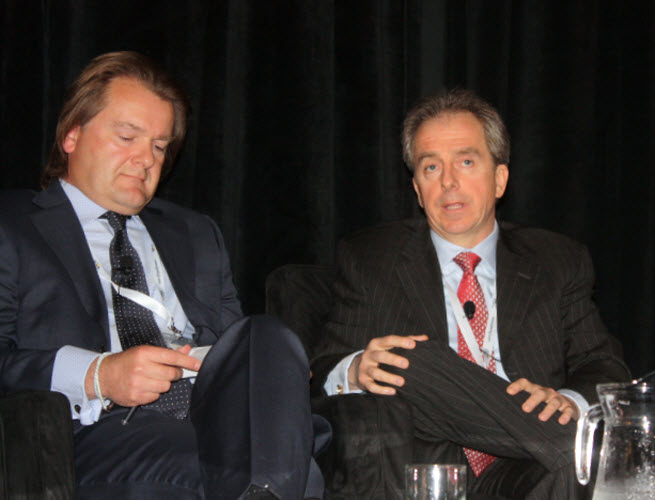 One of the biggest stories in tech and gaming this year is the coming collision of real online gambling and social-networking casino games.

The enthusiasm for the intersection of social games and online gambling was obvious at the Global iGaming Summit & Expo, an annual event in its 12th year that is taking place this week in San Francisco. The conference drew twice as many people as it did a year ago, mainly because of a step that the U.S. has taken toward legalizing online gambling at the state level.

Back in December, the Justice Department reinterpreted a law that had previously prohibited online gambling. Since then, the state of Nevada has been the first to legalize in-state online gambling for games of skill such as online poker. Over time, many other states are expected to follow, potentially unleashing a multi-billion online gambling market in the U.S. That, over time, raises the prospect of the legalization of real-money gambling in online games such as Zynga’s poker game on social networks such as Facebook.

The huge opportunity has stirred a lot of mergers and acquisitions between social gaming companies and online gambling companies, as both parties think about invading the other’s territory. Earlier this year, gambling company IGT acquired Double Down Interactive, a 70-person casino game developer, for $500 million.

“Social gaming is obviously the coming thing and in some sense it has already arrived,” said Simon Burridge (pictured bottom far left), chief executive of Virgin Games, speaking on a panel. “Social gaming meets [real gambling] is the high ground of the future.”

Jim Ryan (pictured top right), co-chief executive of Bwin.party Digital Entertainment, said of the online gambling companies, “As an industry we have missed the ball. Bingo is easy. That is the one and only social game that our industry has gotten right.” He noted that social game companies such as Zynga have amassed huge audiences in the meantime.

Malcolm Graham (pictured top left), chief executive of online gambling firm PKR, agreed. He said, “We have all missed the opportunity to build tournament-style gambling games (for no real-money betting) on Facebook. But in the next 12 months to 18 months, our gambling industry will move onto Facebook.”

Brock Pierce, an attendee at the conference and managing director at the Clearstone Global Gaming Fund, said that social gaming is the “top of the funnel.” That means it brings in the large mass market of users who want to play free games, such as casino games. A small percentage of those wind up spending money and an even smaller percentage will be drawn to the online gambling market. But that small percentage will likely turn into very lucrative customers for online gambling firms.

But as the conference speakers indicated, it may be a few years before the regulatory picture is clear for the real-money online gambling market — and how soon it will be before casual social gamers can bet real money in Facebook games.

Online gambling is legal in much of Europe, and that means the worldwide online gambling industry has had a lot of experience dealing with regulatory issues of legal online gambling for years. But there are many difficult cross-jurisdictional issues.

Rob Bossart, a gambling tax expert, said on a panel that it isn’t clear what would happen if California legalizes intrastate gambling and Arizona doesn’t. If a consumer uses an online gambling app on a mobile phone while in Arizona, would the consumer be breaking a law? Or would they have to pay taxes to the state of California?

Rip Gerber, chief executive of Locaid, said there are only a handful of app services that are authorized by the Nevada Gaming Commission to provide location verification for mobile apps. That’s because it is possible to spoof the built-in global positioning system (GPS) and Wi-Fi location systems in smartphones. Gerber’s company works with the mobile phone carriers to use the signals from cell towers to fix the location of users for the purpose of verifying whether they are using a gambling app in a territory where it is legal.

But the rewards can be equally sizable, given the numbers of users who play online casual non-betting casino games on social networks. Those people are potential clients who could be converted to real-money online gambling for the casinos. Land-based casinos have licenses that permit them to offer real-money gambling, but they often lack the precise data that online casual non-betting casino game companies have. By getting together, these companies could engage in some pretty serious cross-marketing.

When you think about it, Zynga’s customers typically generate a few dollars a month in revenue, and only about 2 percent to 3 percent of its users pay for items in the company’s free-to-play games. If Zynga can raise that percentage of payers, or raise the amount that they pay in a month, it could be a huge win. That’s why Zynga has expressed its interest in finding a partner for real-money online gambling. Real-money gambling sites, on the other hand, are heavily regulated, but their users will often spend $100 in a month.

Identifying the precise intersection of social games and gambling is important. Bingo doesn’t draw a lot of high rollers, at least as far as casino games go. But it is a very social game, said Burridge.

“People meet spouses while playing Bingo,” he said. “They come to play at a site because of the people that they play with, and that makes the site very sticky.”

Ryan at Bwin.party said he believed that the market for legal online gambling will open up in the U.S. in 2014. By that time, both state and federal regulations should be more clear. 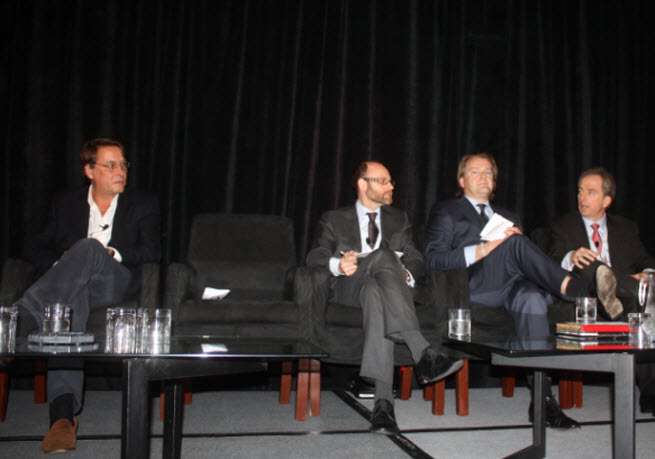