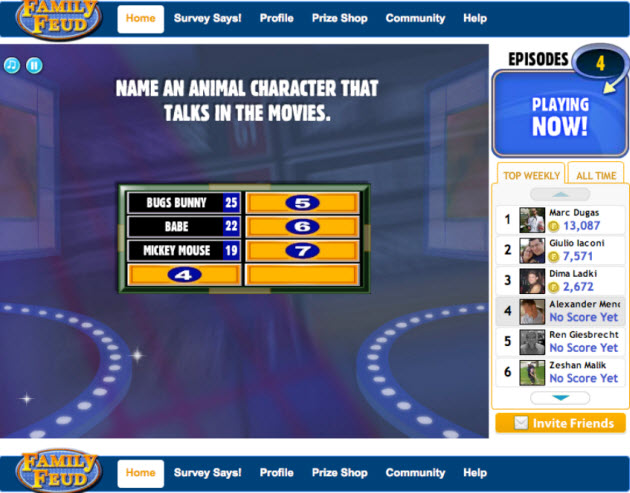 The move is necessary in part because RealNetworks’ GameHouse hasn’t moved fast enough on its own. The company is a big player in mobile games on feature phones and downloadable games on web sites, which became big businesses a few years ago. GameHouse hasn’t made an acquisition for two years. But it has to do so now because social games are the rage, thanks to the booming success of Facebook game publishers such as Zynga.

The triumph of Facebook games — which are often free-to-play games where users play for free but then pay real money if they want virtual goods — has taken traditional game companies by surprise and forced them into acquisition mode. Disney recently acquired Playdom for as much as $760 million, and Electronic Arts bought Playfish for as much as $400 million. Now its RealNetworks’ turn to join the acquisition party, though with a smaller deal.

Matt Hulett, senior vice president of the GameHouse division (a title he picked up six weeks ago), said in an interview that the acquisition of an external game developer will give GameHouse eight new social games and strong distribution on social networks. Backstage’s biggest hit was its Family Feud TV game show on Facebook, published with iWin.

“We’re transforming our business into a socially-driven business,” Hulett said.

Hulett’s goal is to help transform RealNetworks’ game business into a social one. At one point, RealNetworks was planning to spin-off its GameHouse division as a separate company. Hulett said that move would be more realistic once the company restores its revenue and profit growth. (The purchase price of the Backstage deal is not material and will not impact RealNetworks’ earnings in 2010).

Earlier this year, GameHouse announced GameHouse Fusion, a social game platform that can make all games social and give consumers access to thousands of socially-connected games. In that respect, it’s competing with a lot of rivals out there, including Zynga, Heyzap, Big Fish Games and Wild Tangent.

The deal shows it isn’t always easy to create an internal division from scratch to focus on social games. With Backstage, Hulett is confident the company has the talent it needs to improve its standing in social games. That 16-person team has worked together for about 10 years, but it has focused on social games for the past three. Backstage’s popular social games include the previously mentioned Family Feud, Pulltabs, Scratch and Win, Action Sudoku, Mind Games, Bingo Explosion, Slots, and Vinyl City. The Backstage team, headed by Russell Ovans, will continue to operate out of Victoria, British Columbia.