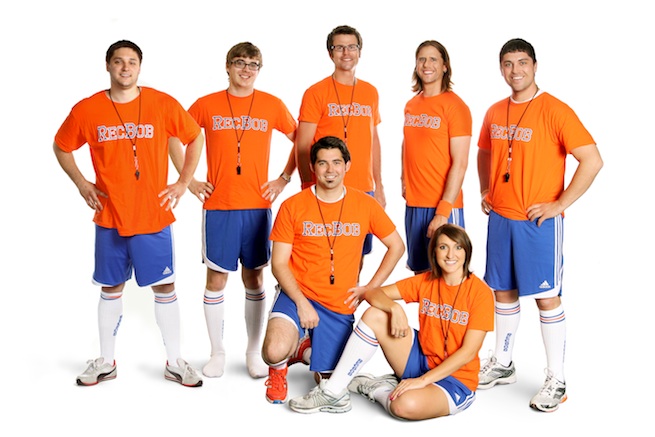 RecBob is a Facebook app for adult recreational sports that makes it easy to plan a regular sporting event so all you have to do is show up and play the game.

By connecting with existing social networks, RecBob can help with the planning and logistics, whether it’s setting up reminders in advance of gameday or keeping track of your local all-star stats.

The idea originated at a Startup Weekend in Iowa City, Iowa; the group rallied around the idea because they all were members of an rec-league sports team and shared the same frustrations. The first of the founders formed the company in January after quitting their full-time job. 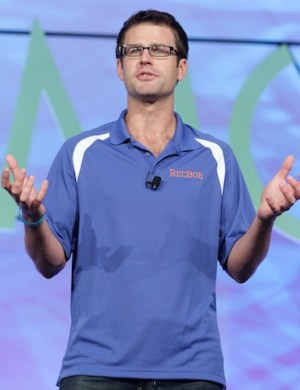 The startup is launching today at the DEMO conference in Santa Clara, Calif. The team demonstrated on stage how to organize a sports game in a matter of minutes using their Facebook app. Recbob makes it easier to invite friends to join the team, distribute a game schedule, and collect money when the season ends. For people who are looking to make friends, they can interact with a team captain on the app without having to exchange personal information, like emails or phone numbers.

The sage panelists at DEMO were impressed that the company was launching with a strong revenue model, all too rare for social applications. Jason Mendelson of the Foundry Group (also a musician) said it would be compelling to see this platform work for other team activities like band practice. “I would pay for that!” Tracey Isacke from Telefonica Digital said this would be a useful application for parents to organize little league and other junior-league sports.

Thousands of people are already using the free beta service. According to John Schnipkoweit, one of the company’s seven founders, the firm’s already striking deals with test facilities to handle all of their registrations.

Schnipkoweit (pictured, left) is an entrepreneur who started his previous software company in 2003. During the beta program, he noticed that the friends of players on the teams wanted to show their support. So the founders created a way for teams to build “friend fan” networks on RecBob.

“Our platform will allow for any team to attract that kind of following — allowing them to attract better sponsors, raise more money for charities, and even help offset the costs of playing their sport,” Schnipkoweit told me. By focusing on the social aspects, the founders hope to compete with sites like Active.com and Sportsvite.

RecBob connects with your Google calendar and relevant sites like Weather.com, and the founders told me they’re working to integrate and present more sports-related data.

It’s an impressive feat given that they haven’t raised any funds. In the weeks following the company’s launch at the DEMO conference in Santa Clara, the founders plan to raise a round of angel investment.

RecBob is one of 75 companies and 6 student “alpha” startups by VentureBeat to launch at the DEMO Fall 2012 event taking place this week in Silicon Valley. After we make our selections, the chosen companies pay a fee to present. Our coverage of them remains objective.