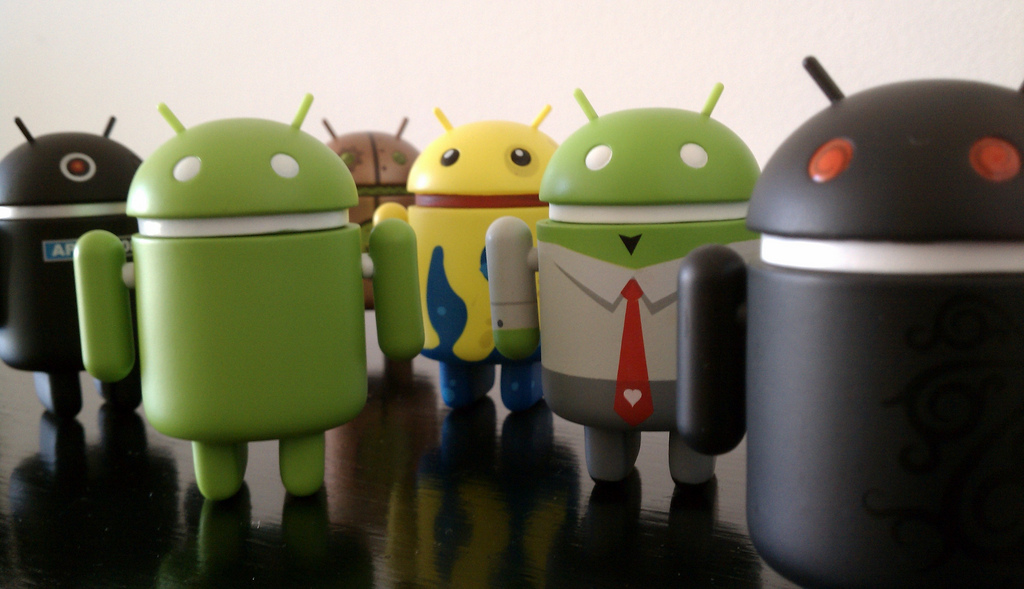 “The last week of 2012 was the largest week for both new device activations and app downloads in iOS and Android history,” Peter Farago of the mobile analytics firm Flurry wrote on the company’s blog today. 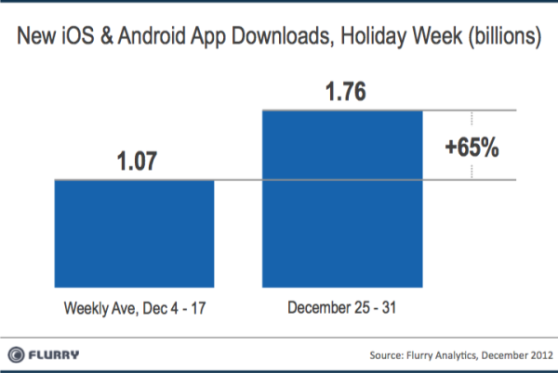 The weekly average leading up to the holidays was just slightly over a billion apps downloaded each day, which almost doubled in the last week of the year. The same week in 2011 had previously held the record for number of downloads, but saw much fewer device activations, including only 6.8 million activations on Christmas day.

Most of the downloads were, predictably, in countries that actually celebrate Christmas, with the U.S taking the top spot with 604 million apps downloads in the last week of 2012, the U.K. with 132 million, and Germany, France, and Canada following up in the 50 million range. China, by virtue of its massive population, still held second place in app downloads with 183 million despite the lack of a traditional gift-giving time around Christmas. 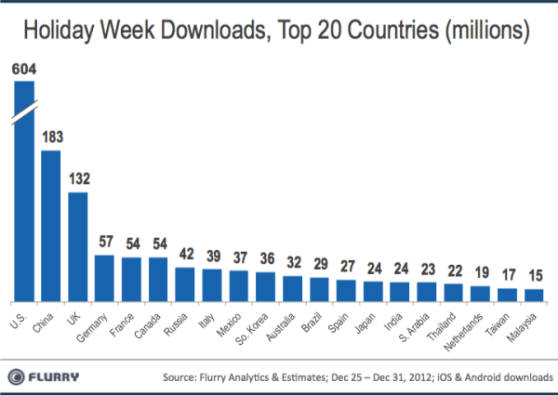 The analytics firm can estimate total device activations and app downloads since its stats solution powers usage data for over 260,000 apps running, it says, on the “vast majority” of iOS and Android phones and tablets. A quarter of all apps downloaded on a daily basis include Flurry analytics, Farago wrote, which allows the company to detect over 90 percent of all new devices activated.