Take-Two Interactive posted earnings that exceeded the company’s own expectations for the second fiscal quarter ended September 30. In afterhours trading, the stock rose 4 percent in part because of strong sales of Red Dead Redemption 2, which began shipping on October 26.

Take-Two reported GAAP earnings per share of 22 cents on revenues of $492.6 million, within the range that Take-Two predicted of $480 million to $530 million. The number is lower than what Wall Street expected.

On a non-GAAP basis, Wall Street analysts expected Take-Two’s second fiscal earnings to be 93 cents a share on revenue of $549.9 million. In the same quarter last year, Take-Two posted earnings per share of $1.09 on sales of $576.9 million.

“Take-Two delivered better-than-expected operating results, including growth in net bookings, during the fiscal second quarter,” said Strauss Zelnick, CEO of Take-Two, in a statement. “This outperformance was driven primarily by Grand Theft Auto V and Grand Theft Auto Online, as well as the successful launch of NBA 2K19.”

The second fiscal quarter numbers were good, but investors are clearly looking at how much revenue will be generated by Red Dead Redemption 2, which debuted after the quarter was over on October 26 on the PlayStation 4 and Xbox One. 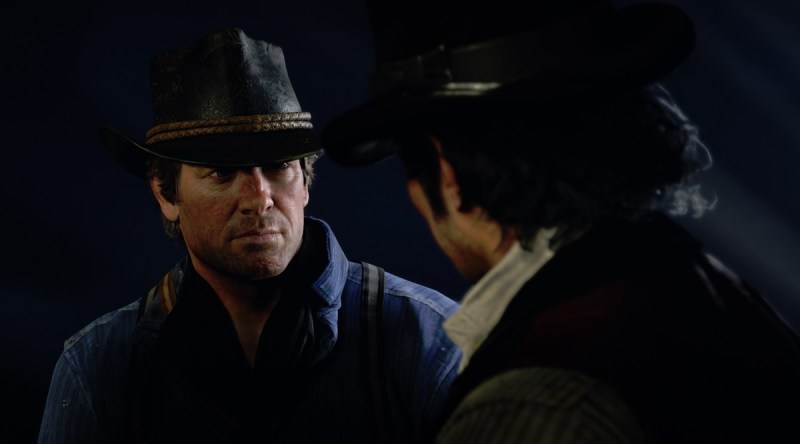 Grand Theft Auto V, meanwhile, has now sold more than 100 million copies over its first five years of sales. NBA 2K19 has also seen a 70 percent increase in recurring revenue compared to a year ago.

Digital revenues were 73 percent of total revenues. Zelnick said he doesn’t believe that Red Dead Redemption 2 is cannibalizing sales of GTA V, nor does he expect that to happen in the future.

As for marketing expenses, Zelnick said the company will support the title but he declined to be specific. Take-Two said it could generate $2.5 billion to $2.6 billion in revenues in its fiscal year ending March 31, 2019, thanks to greater expectations for Red Dead Redemption 2. Red Dead Online will launch later this month.

Zelnick said that Socialpoint, Take-Two’s mobile game division, is working on 10 new mobile games. As for future acquisitions, Zelnick said the company is conservative. If Take-Two moves on a deal, it’s because it brings good teams, good intellectual property, and good sales.