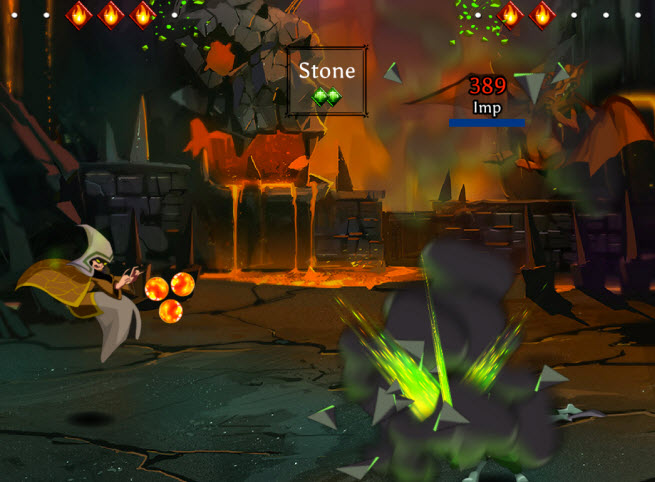 Life is Crime is one of the rare successes in location-based mobile games in 2012, generating several million downloads. And Red Robot Labs has high hopes for its second location-based game, Life is Magic. 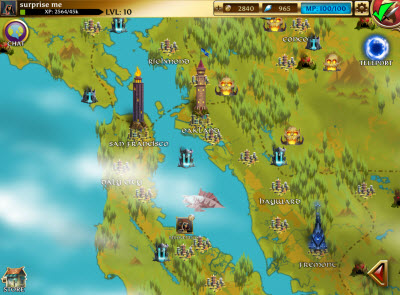 The Mountain View, Calif.-based company launched Life is Magic, a role-playing game set in fantasized map overlaying the real world (see picture at right for the San Francisco Bay area version of the map). The free-to-play iOS and Android game uses Red Robot’s R2 game engine, which can overlay any map on top of real-world locations — you can walk down your own street in a game. But it converts your local 7-Eleven into a medieval shop, surrounded by trees, dirt paths, inns, and other buildings consistent with a fantasy setting.

Apple featured the game over the holidays on its “New & Noteworthy” section on the iTunes App Store, and it’s still promoting it there. That’s because Red Robot Labs is pioneering a new genre of location-based games that are especially interesting on mobile devices. It released the game on the App Store on Dec. 21 and it will formally announce the game Tuesday. Red Robot says Life is Magic’s userbase is off to a good start, though it did not share exact numbers yet.

With Life is Magic, Red Robot Labs created a Tolkien-style map that you can zoom in on or zoom out as you battle to take control of sections of the world. If you zoom in close or pull out to view the whole United States (which is divided into seven kingdoms), the visual quality of the cloud-covered map still looks beautiful.

You play as one of three characters: a mage, a monk, or a machinist. Depending on your character, you can load up on elemental magic or science skills. You can also join other players to form three-player teams to explore dungeons at real-world sites. Each dungeon has multiple levels. Besides dungeons, you also try to dominate major towers in a region. Each dungeon has its own leaderboard.

You can choose to explore and fight the evil creatures in the dungeons, but if you go deeper and fail, you risk losing all of the loot that you’ve gathered in that dungeon, said Red Robot chief Mike Ouye in an interview with GamesBeat. The combat style resembles that of older Final Fantasy role-playing games, where one player takes a turn at a time, facing off against an ogre. Right now, the game has 12 spells per class of character and three classes, for a total of 36 different spells that can be cast. You can share your updates on Facebook and Twitter.

“We want this to be the first triple-A, superpolished location game,” Ouye said. “It’s all about the discovery of locations and people.”

As with Life is Crime, Ouye expects people to fight to control their hometowns and the landmarks in them. It wouldn’t do, for instance, to have Stanford grads dominate the fantasy tower at the University of California, Berkeley. This Foursquare-style competition for the control of real-world sites helped Life is Crime spread all around the world after its start as a humble map of Seattle in August 2011.

You don’t have to be in a real-world location to take it over. But if you want to travel across the country to another place, you have to spend some real money. And that’s how Red Robot hopes to make money from the game. Chief Product Officer Pete Hawley said that the goal is to launch Life is Magic worldwide in the first quarter at a faster rate than the studio did with the Life is Crime.

Life is Magic took about eight months to fully develop on top of the R2 engine, which Red Robot is licensing out to other game makers. The dungeons can be procedurally generated by the thousands to fill areas of the entire U.S.