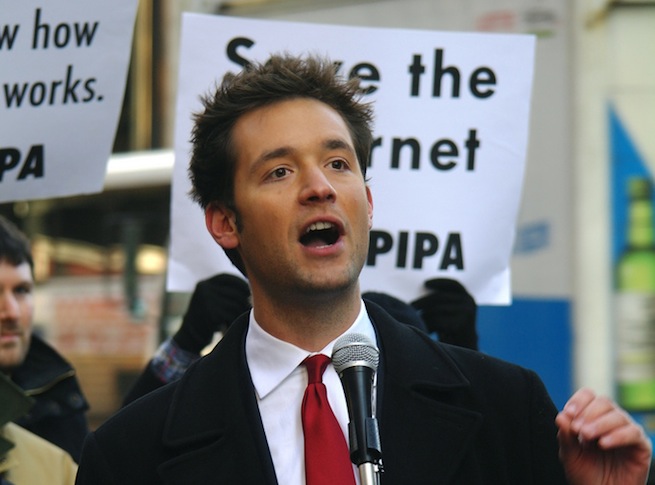 Facebook is just now kicking off a roadshow meant to drum up interest in its forthcoming initial public offering, which is estimated to bring the social media giant between $9.4 billion and $11.8 billion. However, there is at least one high-profile person in the tech world who isn’t impressed: Reddit co-founder Alexis Ohanian.

In an interview with CNN today, Ohanian (pictured above) said he was holding off on any investment in Facebook due to its support of cyber security bill CISPA, although he noted that he definitely “understand(s) the business value of what Facebook is doing.”

“We’ve never seen a company like this before, ever. It knows things about our private lives that no one else does, and one of the big issues a lot of us in the tech community has had with Facebook of late, has been their support of bills like CISPA,” Ohanian said. He added that CISPA will make it very easy for a company like Facebook to hand over that private information to the government without any due process.

CISPA, or the Cyber Intelligence Sharing and Protection Act, seeks to give American companies more legal breathing room when collecting and sharing consumer data while defending against Internet security threats. Essentially, the bill’s goal is to encourage companies to share information with the government that may help it fight and prevent cyber security attacks. But the language in the bill is far too vague when it comes to distinguishing how the government can use that information, leading critics to brand it as “evil.” The bill also doesn’t provide an adequate description of what’s considered a “security threat.”

Despite those aforementioned issues, CISPA passed in the House last week with amendments that make the bill even more vague. Facebook has also stood firm on its stance of support for CISPA, despite the bill’s amendments.

Ohanian isn’t the only person who’s not happy about CISPA or Facebook’s support of it. The site he helped start, Reddit, is also trying to help educate the masses about CISPA.