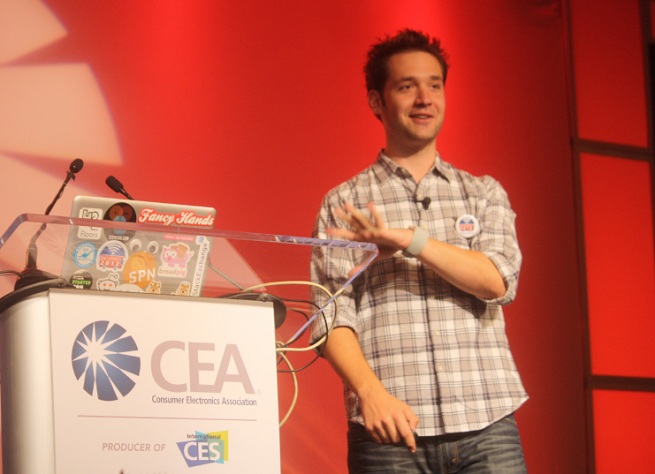 SAN FRANCISCO — Reddit founder Alexis Ohanian talked today about his passion for fighting for Internet freedom, taking on attempts to censor it and clamp down on intellectual property rights.

At the CEA Industry Forum event, Ohanian described how he and a bunch of other tech friends got involved in the Internet 2012 Bus Tour because of last year’s political battles over online publishing rights.

Ohanian, who left Reddit for a new startup, got involved in fighting the SOPA (Stop Online Piracy Act) last year. Reddit, which now has 43 million unique users, was a big part of the campaign that stopped the anti-piracy legislation. That movement stirred his passion for defending startups and the Internet against politically motivated crackdowns. 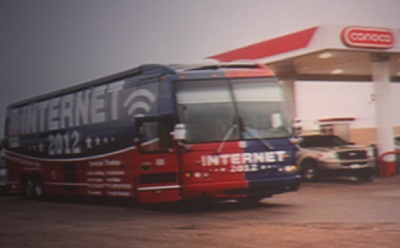 The Internet 2012 Bus Tour just finished its pilgrimage of the heartland of the U.S. The bus was a retread of John McCain’s Straight Talk Express  from the Arizona senator’s failed 2008 presidential bid.

Ohanian said that on the tour he saw many businesses that are using the Internet to get a jumpstart with customers. Above all, those businesses have to be protected, he said.

“The core of this story is econ 101,” he said. “When business works, supply meets demand. Consumers get what they want. Businesses get paid for it. The Internet is making supply and demand line up better.”

The bus traveled in the past few weeks from Denver to Kentucky, following the path of the presidential debates. The bus took its riders to places like Simple Energy in Boulder, Colo., and a startup called Cubelets, which is teaching robotics to kids.

Nobody believes in startups or the Internet like Ohanian. He started Reddit in 2005 after graduating fro the University of Virginia. Conde Nast acquired it, and he started Breadpig in 2007, which he continues to run it today. In 2009, he spent three months working in micro-finance as a Kiva fellow in Armenia.

In 2010, he helped launch travel search web site Hipmunk. He also launched Das Kapital Capital, an investing firm, and he is an “ambassador to the East” for early stage incubator Y Combinator.

He said that he was encouraged to hear that so many small businesses are tapping the Internet to meet demand.

“We are all standing on the shoulders of giants,” he said. “It was so good to hear everywhere we went, ‘we’re hiring.'”

Ohanian was promoting a Declaration of Internet Freedom to make an open Internet work for all.

One thing he wants to do next is a Geek Day, where he and others will ask politicians to pay attention to technology. He said they will “flash mob Washington” and talk to politicians about what they need.

“We can also make sure you don’t do a few things to crush us,” he said. “As we look for swagger in our economy, we are seeing it more and more in the tech sector.”