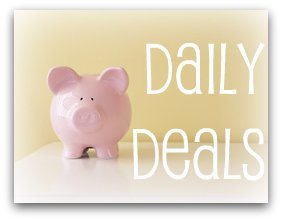 Suffering from Daily Deal fatigue? Dublin startup Redeem&Get aims to make the process of redeeming a deal smoother for customers and more profitable for merchants. The company just won the Spark of Genius competition at the Dublin Web Summit, with prizes that included 40,000 EUR ($56,000) in cash and a 100,000 EUR ($141,000) termsheet from ACT Venture Capital.

Once merchants place a daily deal via a company like Groupon or Living Social they are often bombarded with phone calls from customers and don’t have any effective way to keep track of new customers brought in by the deal.

“We find that 40 percent of daily deal customers redeem their vouchers on our system between 7am and 11am on the first day vouchers are released to them,” said Redeem&Get’s CEO Gene Murphy. “Imagine a deal that has sold 500 vouchers and then trying to take this many phone calls, bookings or walk in customers at 9am when a business opens its doors.”

Redeem&Get allows voucher holders to redeem the voucher and book appointments online. Data about deal customers is gathered and entered into the merchant’s database as part of this process, and the merchant can view analytics on the progress of the deal. Finally, the merchant can upsell to redeeming customers (“Would you like to book a manicure with your Groupon deal pedicure?”).

“Mob Manager in the U.S. offers a different service to ours but is the closest competitor as merchant services in the daily deal space is a very early emerging market,” said Murphy.

I quizzed Murphy on the backlash against the daily deal industry and how that might affect his business. While acknowledging that the hype over daily deals is settling, he doesn’t think that daily deals will be disappearing anytime soon, and he says that systems like his can lead to more satisfied customers and merchants. As a deal buyer who has had merchants refuse to accept a voucher displayed on a mobile phone rather than on paper (I don’t have a printer) and who couldn’t get an appointment for that cut price facial for 2 months, I would certainly welcome some improvement in how deals are managed.

Redeem&Get was founded in 2011, is based in Dublin and has 5 employees.