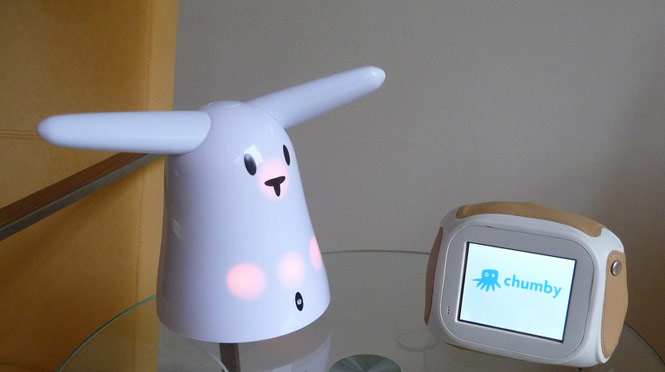 MONTREAL — We’ve all heard of the Internet of things, the 500 billion items that analysts say will be connected to the cloud by the year 2020. And we’ve been told that giving everything intelligence and location will transform our relationship to the physical world.

But while your smartphone has all the hardware it needs to connect to virtually any network, and while corporations have created RFID-enabled solutions to track machinery and people, the little guy has been left out.

That’s what ReelyActive wants to fix.

Above: ReelyActive’s RFID chip, daisy-chained on a CAT5 cable.

“We connect things to the cloud — anything that normally wouldn’t communicate,” ReelyActive chief executive Jeffrey Dungen told me today. “But the small companies that have looked at RFID are totally disenfranchised. They go looking for a solution for maybe 100 or 200 RFIC tags, and simply can’t buy one.”

That’s because most RFID providers and integrators are aimed at the high end: large systems for large customers — leaving a gap at the bottom of the market. The tags themselves may be cheap, at a couple of bucks, but the receivers are expensive — close to $1,000 each.

“We’ve built a cost-effective RFID solution,” Dungen says. “We’ve made the receivers almost as cheap as the tags — costing tens of dollars, not hundreds.”

Essentially, ReelyActive has taken some of the smarts out, simplified the receivers, and moved the intelligence to the cloud. Which, it turns out, enables all kinds of simple, cheap applications.

One example ReelyActive already has running is a parking lot in San Francisco that has put its parking spaces on the cloud — especially helpful for the one-third to two-third of cars on S.F. streets that are perpetually looking for a place to park.

“Schools and churches in San Francisco would like to monetize their empty parking lots, but it’s not worth bringing in a parking management company,” says Dungen. “This system is affordable.”

Another example is a rally race that has put RFID chips in each car to ensure every car travels the entire course, in addition to capturing timing data.

ReelyActive is presenting tonight at FounderFuel’s demo day and is seeking a $500,000 seed round to enable commercial sales.

Which would help the little guy enjoy some of the same benefits of the internet of things that the big guys are enjoying right now.