Almost every day, someone blames regulation for the slow pace of drones’ implementation in business. But Chris Anderson, the rockstar CEO of 3D Robotics, one of the biggest companies in the field, says the industry should look in the mirror before blaming the government.

Anderson, the longtime editor-in-chief of Wired magazine and author of The Long Tail, thinks that bigger barriers to commercial drone success are overly complex products, and a sales process that’s far too slow. Thankfully, he said, those are problems that can be fixed. 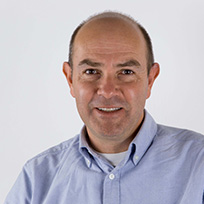 But while companies like DJI, Parrot, and others are building a lucrative consumer market almost overnight, 3D Robotics is looking at the drone industry from a broader perspective — developing a platform that can be used by companies and hobbyists catering to amateurs and first-timers, as well as to sophisticated, experienced users with complex tasks.

Yesterday, Anderson talked to VentureBeat about where he thinks the drone industry stands in 2015, as well as the longer-term outlook. Consumer drones may be getting the lion’s share of the attention these days, but the more that first-time pilots crash their new toys into trees, the more it demonstrates how far the industry has to go to prove it’s ready for prime time.

Anderson had plenty to share, but perhaps most interesting was that next month, 3D Robotics and Autodesk, the huge design software company, will announce a project to use drones to create 3D scans of buildings, something that could allow architects, engineers, and construction crews to constantly evaluate how their projects are evolving, especially when the data is compared to a building’s original 3D design drawings.

VentureBeat: What’s 2015 going to be like in the drone industry?

Chris Anderson: Well, 2014 was the rise of the consumer drone, and drones will continue mainstreaming, pretty much following the path of GoPro cameras. Wherever you see GoPro, you’ll see a drone. That’s on the consumer side, and 2014 was explosive.

On the commercial side, it’s going to continue to be slow exploration of the sweet spots in the market. We’re all convinced the commercial UAV [unmanned aerial vehicle]a market will eventually be the bigger of the two. But there’s basically three failure points right now to commercial adoption in the United States. Everyone talks about regulation, but I think that’s the least important of the three. The other two barriers are things within our own control.

First, it’s the products themselves. Commercial users don’t want a drone, they want a solution, a box with a button. We have to reduce products to that level of simplicity and practicality before they’re useful in the commercial sector. Second, the selling channels are too complex. Consumers buy from Amazon. But commercial users buy from the John Deere dealership or from a service provider, or within their own company, but with a long buying process, and evaluation and deployment.

Those are the three barriers, and my sense is that all of them will be improved in 2015. The products are going to get more tailored to specific industrial needs, more FAA exemptions will be granted, and you’ll start to see more sectors opening up. But I don’t think it’s going to be as explosive as it was with consumer.

VentureBeat: You think it will take some time, though?

Anderson: Let’s say regulation becomes the key barrier. I think what we’re looking at is probably a relatively slow, cautious integration in the U.S., with a few sectors, maybe farming, being free to do this sooner, and outside the US, it’ll be much faster. Germany already has 2,000 certified commercial drone pilots. What you’re going to see is pockets of real innovation out there. Australia is a hot spot, and Canada might be ahead of us, and certain countries in Europe.

The U.S. will probably be a little slower, though I would be surprised if agriculture doesn’t lead the pack.

Anderson: It’s the no harm/no foul thing. It’s private land, it’s flying under 400 feet, away from built-up areas. Initially, it might be farmers using their own equipment on their own properties, and no money changes hands. It’s a case of clear economic and social good, with very little risk. You already have crop dusters flying over farms. There’s a precedent for low aviation. They’ll probably fall into the non-enforcement zone, if not into the outright permission zone.

VentureBeat: What are some exciting new use cases?

Anderson: Next month, we’re announcing a partnership with Autodesk to do building scanning, to be able to automatically, or with a very simple guidance scheme, scan any structure, and integrate it into the digital workflow, like the CAD drawings that were initially used to design the structure. So I do think that construction, architecture, and civil engineering, they’ll be big in 2015. It’s the perfect example of turning a drone into a tool. It’s a 3D Scanner that can be easily deployed by a single person, or even automated at construction sites or private land.

Construction is the second biggest industry in world, and an area where being able to manage something in digital workflow from end to end is a huge benefit. You can spot deviations and deltas on a daily basis. It not only helps you monitor the construction, but it’s also a great way to have a paper trail, or a bit trail, if you will, to monitor disputes. Every construction project has disputes. What happened? When did it happen? Who made the mistake? The ability to have a daily, or even an hourly scan that you can just map over the original CAD file, and watch the progress build up in digital workflow, could bring real efficiencies.

VentureBeat: Why will commercial be bigger over time?

Anderson: Because commercial products tend to be much higher price, often 10 times, and because they’re specialized, I expect the overall commercial market will be larger. I think it may be more units in consumer, but more value in the commercial market. There’s probably a million units sold per year already in the consumer space.

VentureBeat: Consumer drones are getting better and the out-of-the-box is getting better. What’s going to keep commercial drones ahead of that?

Anderson: In consumer, as the products get more sophisticated, the consumers become less sophisticated. It’s Christmas morning, you open a box, and you just push a button and have it go. Consumers have been a real challenge in terms of a safe and reliable experience. So we need a ton of sensors and software to ensure that these things work with a push of a button, sensors from optical cameras and radar and lidar, and sonar and all the accelerometers and gyros, and barometric pressure. Right now we’re using 30 sensors, and we’re probably going to be moving to maybe 35 sensors on board, so that people with no piloting skills whatsoever can use them.

Commercial users are probably going to read the instructions, and probably have a very singular, predictable job to do. And they’re in environment where people are more aware of what’s going on.

VentureBeat: No one expects to see Amazon delivering with drones in the short term. But what about other delivery use cases?

Anderson: Amazon and Google both have drone delivery programs, but Amazon’s vision, to deliver from the warehouse to the home, is a distant vision. But there’s interim steps that could be done sooner. Like from warehouse to warehouse, or from warehouse to a drop-off zone, like the top of a building. That’s a much easier technical problem, and probably an easier regulatory problem. There’s low-hanging fruit. They’ll start with the easy stuff, warehouse to warehouse, or on private land, or in an industrial sector, in cleared airspace — use cases that don’t involve navigating unknown space with unknown obstacles.

Amazon’s original vision, where the drone lands in your front yard and doesn’t hit the dog, that’s probably less a technical problem than a regulatory problem, and we’re probably within five years of doing that reliably. And it has to be very reliable, better than a human, because if someone gets hurt, it’s bad news for the industry. It’s the same with autonomous cars. When robots are integrated into human populations, they have to be better than humans. When a robot does harm, it makes headlines. We don’t grant them the same permission to fail that we grant humans.

VentureBeat: What other delivery use cases will we see?

Anderson: You’re seeing it in the developing world. It’s a case of making it affordable and easy. Take the Syria Airlift Project, an effort to launch drones from Turkey and deliver medicine to embattled populations in Syria, and then return.

VentureBeat: Do you expect to see a lot more of that type of use case over next year or so?

Anderson: I wouldn’t say a lot more. I think we’re all in trials right now. There’s things like wildlife management, anti-poaching, and forest conservation, but all at small scale. Until you can deploy hundreds of these at a touch of a button, reliably, with no trained operators on the ground, then it’s still just an experiment. At the end of day, the whole purpose of robots and automation is to do things cheaply, easily, and at scale. For them to be unattended, to launch on their own, for a single person to control fleets of these things, and then to return reliably and recharge reliably.

VentureBeat: What do you see happening with drones in education?

Anderson: It’s a really big market for us, particularly at universities. Students love working on drones, because they bridge all the disciplines: electronics, software, analog sensors, digital sensors, aerodynamics, the cloud, data analysis. There’s probably no more challenging academic area than drones right now. We’re an open platform, so they tend to use ours, because they can fiddle with it, and get at all the guts and see how it works.