Reliefband Technologies has unveiled the Reliefband Neurowave, a wearable that offers drug-free relief for nausea. The company is also offering relief for people who get motion sickness from virtual reality headsets.

The technology works by generating a pattern of pulses that modulate the median nerve on the underside of the wrist, using a process called neuromodulation. The signal passes to the nausea center of the brain, which then modulates the nerve that leads to your stomach, restoring normal gastric rhythm. You simply press a button to turn it on, and there are five levels you can set the pulses to, depending on how severe your problem is. 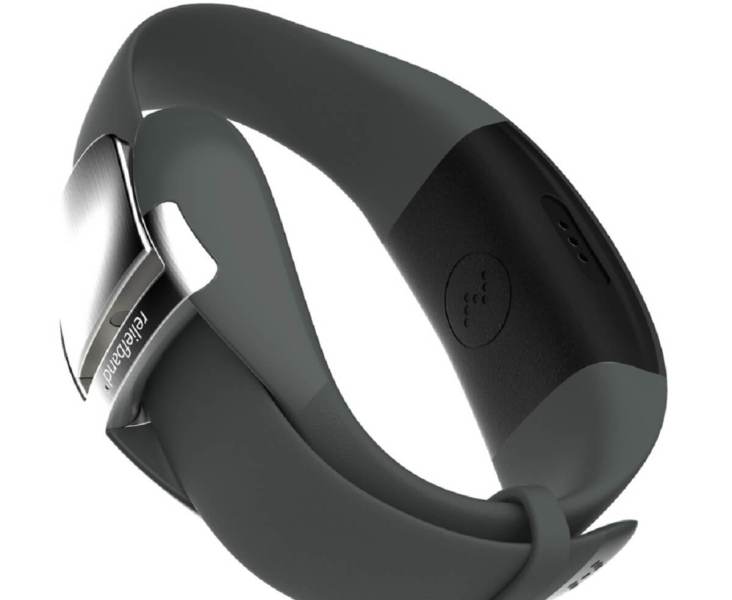 Above: The Reliefband Neurowave has steel contacts that send electrical pulses to your nerves.

Reliefband has been cleared by the Food and Drug Administration. Besides VR motion sickness, the wearable can also be used to address morning sickness in pregnant women. The Reliefband Neurowave can help soothe people who suffer from nausea on boat cruises, fishing boats, amusement rides, or VR games.

The device will be available in the second quarter for $150.

“For the 60 million Americans who frequently suffer with motion sickness and the nearly 80 percent of women who experience morning sickness during pregnancy, The Reliefband Neurowave is simply life-changing,” said Nick Spring, CEO, in a statement. “The Reliefband Neurowave was developed in response to customers who told us they had given up hope of controlling their nausea. Their lives are greatly impacted by this motion sickness. They avoid any activity or situation that brings on symptoms. We wanted to help those who are sick of feeling sick by making a drug-free device that is easy-to-use and elegant to wear over long periods.”

He added, “This way they can start living their lives without the worry, embarrassment, discomfort, and inconvenience nausea can bring.”

Studies have shown 10 percent of the population are genetically predisposed to be highly susceptible to motion sickness, and that could affect at least 18,000 people at CES 2017.

Reliefband Technologies was established in 2015 and is based in Horsham, Penn. The company’s older Reliefband sells for $90.